Last week I was cooking duck breasts, following one of the recipes in The American Craft Beer Cookbook by John Holl. The recipe called for using an English Barleywine in the sauce, but low and behold there wasn’t a barley wine to be had in all of Los Alamos, so—thinking on my feet—I figured scotch ale might not be too far a departure.

I grabbed a can of Oskar Blues Old Chub, incidentally the only Scotch ale in town… lucky it’s a good one, and cooked onward without missing a beat. The duck breast, topped with black lentils (simmered in an IPA), and the Old Chub lingonberry sauce was must delicious, even dare I say decadent, compared to our usual simple cooking.

The point of this little story is just to say I had scotch ales on my mind. So, with bagpipes, highland moors, caber tossing, and rich complexity dancing through my head I was more than pleasantly surprised to find my home beer shop not just stocking Ballast Point, but their scotch ale. Well, needless to say, the decision of what beer to buy basically made itself. I happily grabbed one up and whistled all the way home. Ballast Point first opened in 1996. Founded by Jack White, Pete A’Hearn, and Yuseff Cherney the brewery began as a backroom creative outlet to the homebrew supply shop Jack opened in 1992. It has grown in the intervening years, so much so, that they now have four different brewing locations; the original Home Brew Mart backroom, a brewery in Scripps Ranch (2004), a brewery with tasting room and restaurant in San Diego’s Little Italy(2013), and finally a 107,000 square foot brewery in Miramar (2014).

The Little Italy location plays host to a research and development program named “Roots to Boots,” in which every employee of Ballast Point gets the chance to try their hand at the brewing art. Which keeps the spirit of experimentation and fresh ideas alive; the very things Ballast Point is built upon.

Below are the tasting notes I took while drinking Piper Down. If you tasted this beer or you’re enjoying one as you read this review, please share your thoughts or opinion with everyone down in the comments below.

Just about every one of Ballast Point’s beers has won awards and Piper Down is no exception. It has won seven brewing awards including a 2014 silver in the Great American Beer Festival.

Piper down drops into the glass a nice amber brown with about one fingers worth of tan colored, tightly packed foam covering the surface. Its coloring is pretty dark, but good light creates a nice window all the way through its depth; along with a glorious orangey garnet hue. Low carbonation.

Taste is deep in roast caramel territory here. Sweet caramel at the front with some pear and plum, along with low roast and woody, almost vanilla-like notes through the middle. Low hop bitterness sets to balancing the sweet on the back of the palate just before it drops. It’s pretty mouthcoating with some low, but tenacious residual sweetness hanging around after the swallow. Little astringency to speak of.

Boy this one really hit the spot! It would be easy to imagine this one being lingered over in some Scottish pub. As it warms it just gets richer and more complex.

Nice malt complexity, just enough alcohol to give it that slight warming factor, so looked for in a quiet evening brew. This definitely has something to offer anyone looking for big “Scottish” flavor. The ABV is also pleasantly low for the style, making it possible to get “Scottish” without going Irish if you know what I mean. Sorry bad joke (I have some Scotch-Irish in me- I can’t resist).

Seriously though this is a top notch beer with nothing to hide. It is absolutely worth a try, especially if you’re into scotch ales. 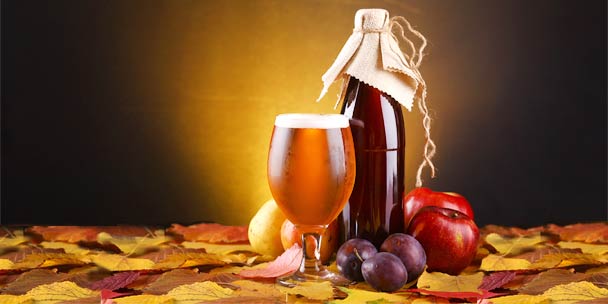