America has a lot to offer when it comes to great brews. Small, independent microbreweries and large-scale production houses all welcome visitors to tour their facilities and learn about the process that goes into making their beer. On these brewery tours, you will be given a unique opportunity to try new brews and explore the world of beer-making.

Before you embark on your tour, there’s a few general rules that you should follow while you’re there. First off, don’t wear any open-toed shoes, or you’ll probably be denied access to the fun parts of the tour. Also, and this should be common sense, don’t touch anything or wander away from the rest of the group. This is for your own safety, as well as the integrity of the equipment. Don’t be that guy. And finally, listen to the tour guide. He’s telling you about his passion and giving you the opportunity to learn about the beer they are making for you to enjoy. Take it in, ask a lot of questions, learn as much as you can, then sit back and enjoy your tasty sample.

So, in no particular order, here is our list of the best brewery tours in America.

At the Sierra Nevada Brewing Company in Chico, California, you can enjoy a variety of craft brews while touring this popular brewery. The tour takes you through all the stages of brewing beer. See and smell fresh hops and witness the fermentation process. After the tour, enjoy samples of famous beers sold by the brewery. If you are hungry for more, stop by the restaurant for a hearty meal. If you do, be sure to ask about pairing different beers with the restaurant dishes to find a brew that complements your menu choice.

To tour the oldest craft brewery in Texas, you’d have to travel down to Houston and visit Saint Arnold Brewing Company. Since 1994, Saint Arnold has been brewing their beer in Houston, making them the first microbrewery in the Bayou City. Over the last couple of decades, the Saint Arnold Brewery has managed to create a passionate following of beer enthusiasts. For $8 a person, you can tour the Saint Arnold brewery six days a week, plus receive a free souvenir tasting glass with every admission. While the Saturday tour lasts longer, it’s also more crowded. We would recommend going during the week, as you will have a better opportunity to tour the facility and talk with the brew crew. Be sure to get there early, as the brewery is known to hit its capacity pretty quickly.

Founded in 1984, Samuel Adams Brewery exists because flavorful beer was hard to come by at that time. The success of the brewery was all due to a family beer recipe that dated back to the 1870’s, plus a lot of hard work from the great-great grandson of the man that came up with the recipe. Almost thirty years later, that same recipe, what we now know as Samuel Adams Boston Lager, is sold all over America and over twenty countries. There is simply no “Best Brewery Tour List” that does not contain Samuel Adams. Tours of the brewery start every 45 minutes, Monday through Saturday. Unless you have a large group, Samuel Adams Brewery does not take reservations. Because of this, it is wise to show up very early, especially on Saturdays. During your brewery tour, you’ll learn all about the craft brewing process, the history of Samuel Adams and taste a couple of their brews. This is a must-see brewery tour for every beer geek.

Located in the heart of Texas, Live Oak Brewing Company is a small microbrewery located in Austin, TX. This brewery is unlike all others on this list, because they utilize an “old-world style of brewing” that you hardly find in the United States today. Founded by two homebrewers in Austin, Live Oak Brewing creates some very tasty beer, in very limited quantities. Brewery tours can be somewhat tricky to get into, but absolutely worth the effort if you can pull it off. In order to get in on this free tour, you gotta keep a close eye on their website. They will announce when their upcoming tours are, and then post a “reservation link” at 8am the Thursday before the tour date. If you can’t get in for a tour, they do offer a free ‘virtual tour’ on their website.

Founded in 1988 as a tiny brew pub in downtown Bend, Oregon, the Deschutes Brewery has since grown into one of the most popular craft brewers in America. Five years after opening the brew pub, Deschutes moved into a large brewery along the Deschutes River in order to meet the high demand for their brew. Brewery tours are free and depart on the hour, every hour between 1-4pm. However, it’s wise to get there early because only fifteen people are allowed to go on each guided tour. This means that only sixty people a day will get to walk through and fully experience the brewery. Don’t fret if you can’t get in, as beer tastings still happen whether you make it into the brewery tour or not. You also have the opportunity to waste a lot of time – and money – in their gift shop.

While visiting the Golden State, you would be doing yourself a disservice if you didn’t stop by Stone Brewing Company in Escondido. Famous for its bold, hoppy beers, this brewery is easily one of the most unique tours you can take. But make sure you get there early, as the tours usually sell out rather quickly and are limited to only 25 people at a time. Tours only cost $3 for adults and come with a free tasting glass and four 4oz beers of your choice. There’s a wide range of public tour times that stretch over all seven days of the week. But, if you’re looking for the full ‘Stone experience’, you would be better served booking a private tour through their website. The outdoor garden, featuring waterfalls, vegetation and rock formations, creates a unique atmosphere to relax and enjoy a great-tasting brew!

In the cozy little town of South Burlington, Vermont, the Magic Hat Brewing Co. has been attracting beer enthusiasts with its creative brews and fun ambiance since 1994. Tours of the “Artifactory” are free and no reservations are required, but the hours may vary depending on whether it’s summer or winter, so be sure to check out their website. At the bar, you have the option to choose from 48 brews on tap, including their year-round favorites, rotating seasonal brews and maybe even a few experimental brews.

If you ever find yourself in Fort Collins, Colorado, you would be doing yourself a disservice if you didn’t stop by and visit the New Belgium Brewing Company. Officially launched in 1991, this brewery has become so popular that they now distribute in 34 states, and they recently confirmed that they’ll be distributing in Ohio soon. If you want to take a brewery tour, you’re going to need to book it far in advance. To do this, just log onto their website and check out their tour calender. Brewery tours happen Tuesday through Saturday and depart every half hour starting at 11am, with the last one departing at 4:30pm. The tours are free, open to all ages and generally last about 90 minutes. During your tour you will be able to sample the tasty beer.

Since its founding in the late eighties, the Brooklyn Brewery has been brewing some of the most flavorful beer in the Big Apple. In fact, over the last couple of decades, beer enthusiasts across America have discovered how tasty their beer really is, which is why the Brooklyn Brewery now distributes its beer in over 25 states, as well as 20 countries. The brewery offers tours every day of the week except Fridays, however if you plan on dropping by Monday-Thursday, you will need to make a reservation online and pay $8 to get in. On the weekends, the brewery is open to the public with no admission fee, with tours starting on the hour throughout most of the day. No trip to NYC is complete, without checking out this brewery.

Founded in 1995, the Dogfish Head Brewery is a wildly popular brewery in Milton, Deleware that was once deemed “America’s most interesting and adventurous small brewery” by one of the world’s most respected beer writers. To take a guided tour of this brewery, you need to reserve your tickets online. They allow walk-ins, but only if there are spots available. They offer tours every half hour from Tuesday to Saturday. The tour times range based on the day, but Dogfish offers tours from 11am-4pm during those days.

We realize that everybody reading this is going to have a brewery that they think should be on the list. The truth is, there are a ton of great brewery tours out there, and if you’re given the opportunity to tour a facility that is not on this list, then you should jump at it.

Brewery tours are increasingly popular as more and more breweries cater to visitors and tourists. Easy access, free tours and on-site dining opportunities entice visitors to linger and explore. Of course, many beer fans end the day by stocking up on their favorite brews or buying a souvenir t-shirt. No matter how you celebrate your brewery trip, just enjoy yourself while you’re there. 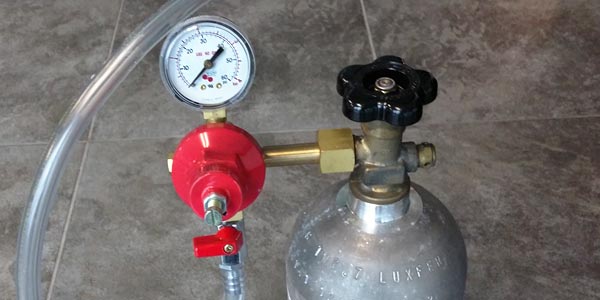 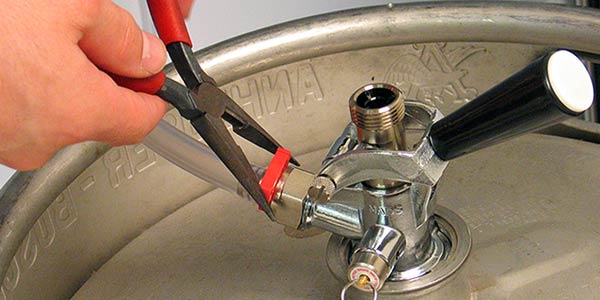