With Halloween just around the corner and Thanksgiving taking up a large piece of the horizon, I decided to give the season its due and find myself a pumpkin ale to review. So, I went huntin’ for libation infused with the sun-goldened gourd and came home with the proclaimed original in a much widened field.

Buffalo Bill’s Brewery is another of the “old-guard” breweries. First established in 1983, this is one of the oldest post-prohibition brewpubs still in operation and in 1985 a combination of grain, hop, yeast, spice, and pumpkin would be mashed, boiled, and fermented to create their signature Pumpkin Ale.

Bill Owens realized a long held dream when he opened his brewpub in Hayward California. He nourished the dream until 1994 when he sold it to his longtime brewmaster Geoff Harries and charged him with carrying the dream forward. With almost no money to his name, Geoff took out $70,000 in cash against a number of credit cards and bought the historic brewpub from his boss. He still runs the brewery today.

I have to mention this beer’s packaging artwork. The hand drawn pumpkin, vine, and old style lettering fits the historical aspect of both the Brewery and this beer to the letter. Simple and very fitting.

This one pours a nicely appropriate orange-copper. The color of harvest, thanksgiving, leaves, and, not surprisingly, pumpkins. A memory of Fall color tilted and spilled-out, caught in waiting glass. All it needs is a candle shining through it. A small off-white head sticks around only long enough for you to recognize that it is indeed there before falling away.

The spice is strong in this one. Nutmeg and clove wrapped in the subtleties of cinnamon and low-level allspice. The mellow sweetness of a young pumpkin, its skin freshly impaled No hops, yeast or, most surprisingly, malt noticeable in the nose.

The body is low, bordering on watery, creating a light mouthfeel across the palate. A nicely warming accent toward the back speaks to the 6% ABV. The whole is pushed hard by high carbonation.

Funny, no malt at all in the taste; the spices completely blanket any sense of the “malty” flavor. Clove and nutmeg play the bigger role here, while cinnamon and allspice only just fail to hide themselves in the long shadow of the other two. Pumpkin is discernible but more as the “sweet pie” taste then as the uncooked gourd (which makes sense, going for pumpkin pie in a bottle). There is slight bittering but barely enough to point out.

If my tasting memory serves, the lingering aftertaste is close to mirroring that of pumpkin pie filling. Hints of sweetness stay long after the other spices have disappeared. All that’s missing is crust.

Honestly, I haven’t had too many pumpkin ales. The concept is a little strange to me, and most of the time, after I’ve finished one I end up kind of wondering “why?” Why put pumpkin in a glass? Don’t get me wrong some have been pretty good, but in the end maybe I’m just not a pumpkin-in-a-glass sort of guy.

This one falls into that pretty good category. I have to give Buffalo Bill Brewing props for being one of the first to try pumpkin ale and the many years this beer has been around speaks to its solidity in this arena. I do like that it is a straight up pumpkin ale with none of the “big” and “extreme” connotations that would catch on later (the same liberties that would find their way into IPA’s come to think of it). Not to say I don’t like beers on the edge, those that dance with the radical. But there is something to be said about trying to create something straight forward and simple.

This beer try’s for that standard. It’s not overly high in alcohol, though it is high enough to warm the first cool days of the fall season. The pumpkin is nicely subtle, almost like they designed a decent beer, only adding pumpkin as an afterthought, which I like. A bit of the opposite seems to have taken place with the spices; a heavy hand did dip and the malt was overrun, which I don’t like.

Or maybe I’m just not the one for the style. I have yet to find a pumpkin ale I can emphatically “like.” Maybe my pie was meant to stay on the plate, or maybe… both together? Now that’s a thought that might need some exploring. 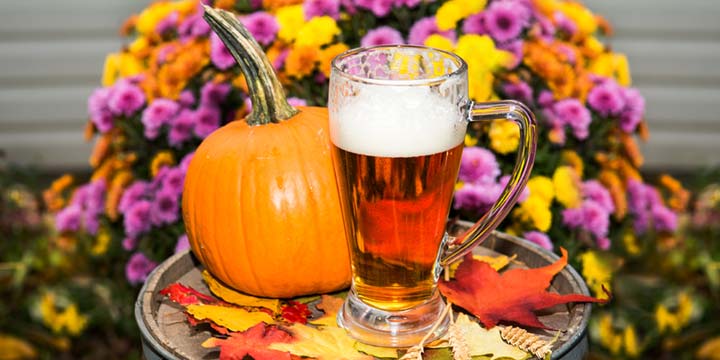