A few weeks ago I did a style profile on Bohemian (Czech) Pilsners and, while deeply engrossed in the process of finding and organizing information, I realized I had sampled very few true examples of this style.

So, I went searching my usual haunts. Alas my search was fruitless. Sometimes I struggle a bit with just how hard it is to find new or different beer in a smallish town. I headed home, not sure what I’d do. I needed a beer to review. I had my heart set on a good Bohemian Pilsner. I did not have said Bohemian Pilsner.

Lucky for me I had decided to join a beer of the month club and, low and behold, the first selections had arrived at my house, while I was out on my unsuccessful hunt. Even Luckier for me (I’m sure you know where I’m going with this by now), inside were three bottles of Czech Rebel Pilsner.

Mestansky Pivovar is another one of those breweries with way too much history to put on paper here. The Rebel proudly proclaims all of its history stretching back to the proclamation of 1333 that gave the citizens of Havilickuv Brod the right to brew beer, simply stating “since 1333” on the bottle. But the actual brewery isn’t quite that old. It first opened on October 18, 1834 and has been expanding and brewing ever since. To give you an idea of their growth; just after World War I they were producing 5320 hectoliters (~140,448 gallons) of beer, in 1999 it was 150,000 hectoliter (3,960,000 gallons).

This beer is still fermented the traditional way, in open fermenting tanks. It is then lagered (matured) in cool lager cellars. It has been recognized several times with awards, the latest being in 2011.

The Rebel is deep golden in color. Moderate amounts of carbonation climb from the crystal clear depths, adding to a magnificent fluffy white head.

The Saaz hops are noticeable from first splash-down; clean and rich, spiciness, along with some lemongrass-like notes. Cereal grain maltiness and yeast kick up a background to the peppery hops. On the whole the aroma reminds me a bit of a mild wild honey or, strange as it may sound… saffron.

Body is moderate, but satiating. It runs smooth across the palate with passing prickling from the carbonation, and a drying finish.

Malt expression on the sip is light, and of sweet, fresh grain, becoming cereal-like. Grass and peppery notes speak to the Saaz hops which really show around mid-palate. A soft bitterness pops near the swallow and follows into the aftertaste a bit, before dropping off and leaving dry, mellow honey-like notes, and grain.

I don’t seek out pilsners or other lagers very often. This is partially because lagers just don’t appeal to me as much as ales. Also, it is hard to find examples with actual complexity set to them; and it is very possible that there are more great examples around then I realize.

American style light lagers and Pilsners have created a blanketed stigma around most lager styles which, unless you actively work at breaking the perception (something no doubt easier for those already having a taste for lagers), easily stays in place. So, at least for myself, I need to steer into stranger waters a little more often and not always tread the same familiar ground.

All that to say, this beer, the Czech Rebel, is great. Surprise, surprise. Well, it did surprise me. To any out there who drink the “mass-market” blandness that, we Americans are so fond of calling Lagers, who also happen to read this review (probably not many), I would say try it. You might like it, you might not, but it will sure give you a little perspective about the lager family.

During the summer when those thirst quenching, easy drinking beers find their running legs, that’s where this one could be most appreciated. Though, this evening, while doing this review, I found it quite easy to enjoy the subtleties of sweet, grain, and amazing richness of the Saaz hop; even in a season quickly going cold. 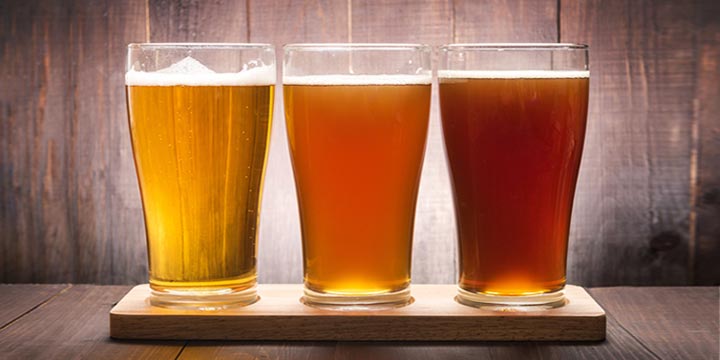