The forest sits in dappled sun. Trees drip with rain. It is an old Wood, one of huge ancient gnarled pine and Sitka spruce. The high pines here create a cathedral-like floor. A clearing of sorts, but for the giant living pillars.

You wouldn’t see it to look, but a trap is set here. A man watches. To say this man is obsessed would be putting it lightly and do little justice to the lengths he as gone. Professor Lupulin has been nestled up in the big pine for over four hours. Waiting. He watches the clearing for telltale signs of the things coming. He calculates in his head once again, finds no faults. Everything is perfect. The clearing is perfect. If ever there was a place for the creature to feed it’s here.

The duff height is two feet of soft resiny goodness in places. The mix is what makes perfection. A mix of fallen spruce and pine needles, earthiness abides, with fresher stuff just overhead in the few younger trees. Yes, it will come. It won’t be able to resist. And he will have its secrets for his brew. A slight breeze brings the scent of the trees to the professor’s large nose. With it comes the memory of all the other forests he has pursued the creature through, but always to no avail. Always the creature remains a distant, haunting shadow.

Soft rustling on the edge draws his attention. Movement in the brush. He holds his breath, waiting. A thick fresh smell of astringent sap leaks into the clearing. More rustling and he sees a small head. Pig eyes star sightlessly out of a squat face that ends in a flattened snout. It carefully steps further into the clearing and the Professor inhales slowly. This is the first time he has seen it whole and entire.

A boar, but more than a boar. Its bristled back a green swaying forest of pine-needled protrusions, the color of new growth spruce. They dance and sway, sensing the surroundings, feeling the way toward treasured piney earth. A shaggy coat of darker green covers a body stood on four legs, pineconed hooves set upon the earth. The thing trails a preponderance of needles, bracken, and cones in its mane. All held stickily by a slick smear of resin. It stands for a long moment on the edge, its wall of stiff sensory hairs fluttering, searching both danger and treasure. Then suddenly it relaxes. It runs the full circle of the clearing, leaping, and bounding before coming to rest on prime ground just under the professor’s tree.

It begins to dig, coming up now and again with a mouthful of the earthy needles. Chewing loudly. The Pinedrop Pig dips its head again…

And the professor leaps…

It sits a clear, bright gold in the glass, not unlike the color of pine resin. A small-bubbled head, the color of bone china grows, fed by rolling carbonation.

Big resiny pine in the nose. Some lemony undertones and grass add to the freshness, while an earthy bottom builds a sense picture of pine forests after an evening rain. No noticeable malt.

Mouthfeel is juicy and astringent with a medium body and just enough carbonation to keep things interesting.

If ever there was a beer “of the pines” this is it. Just enough caramel sweet malt on the front end before the palate is slapped with a big pine bough. Bitter resin, fresh pine, and duffy earth settle over the palate like a blanket of heavy mountain fog. It hangs brooding. Fresh citrus glimmers, with each new sip, but is quickly overwhelmed by cattiness, resin, and herbal undertones. This one comes down out of the canopy of citrus floral freshness and chews a hole in the coarse pine duff.

It’s a bit like an English IPA in its earthy, herbal tones. It’s an IPA that brings an interesting and needed different approach to overly hopped American expressions of the style. It still has plenty of hops but on the whole seems (at least to me) more balanced and interesting than many other IPA’s out there. Plus, like I’ve said in other beer reviews, I’m a sucker for the earthy and herbal.

Try it. You’ll probably either love it or hate it. But one thing is for sure, you’ll know the secret of the Pinedrop Pig. 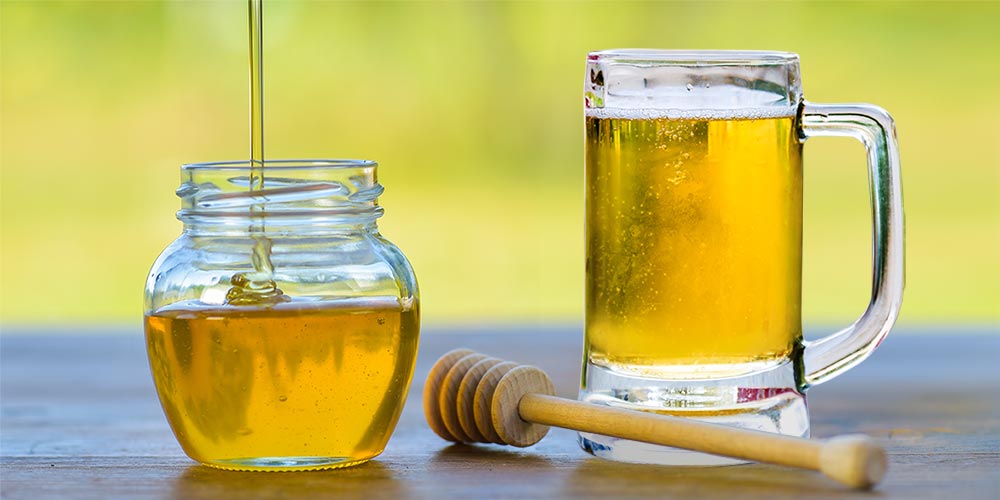