With the beginnings of cooler weather come thoughts of a steamy mug of hot chocolate to warm the insides in the evening. I don’t drink hot chocolate that often, but when I do I certainly enjoy it.

I think, partially, it brings back good memories of my childhood… and the other part, I mean, do I have to say it. It’s chocolate. Hot chocolate! Who in their right mind turns down something warming and chocolaty-good on a cold night?

The only thing that makes hot chocolate more appealing, at least to me, is having it be a well made cup of Aztec hot chocolate, sometimes called Xocolatl (Pronounced SHO-CO-LA-TL). For those of you who’ve never tried this: first, shame on you; second, it’s hot chocolate with additions of chile and possibly some other spices such as nutmeg, ginger, and cinnamon. Sometimes some orange rind and honey is thrown in too.

The point is, it makes a warmer and much more complex drink than straight hot chocolate. If you are in the mood for something truly warming, jump online and try one of the hundreds recipes available.

If you can’t make up your mind between that Aztec hot chocolate or a beer, well, than Stone Brewing has you covered with their Xocoveza (again the X makes a SH sound, so it’s pronounced SHO-CO-VAY-ZA).

This is the third year Stone is offering this seasonal. Xocoveza started off as Chris Banker’s entry into Stone Breweries 2014 American Homebrewers Association-sactioned homebrewing competition. It won. Part of winning was the opportunity to collaborate with Stone on a commercially produced version of the beer. So, on September 8th of that year Chris Banker and Stone, along with Cervecería Insurgente released their collaboration.

It was supposed to be a one-time release, but the beer was met with instant, incessant, and insistent applause. Draft Magazine named it one of the top 25 beers of the year and, according to Stone Brewing, there was a campaign launched by the public to bring the beer back.

What’s a brewery to do, but give the people what they want? To that end, Xocoveza has become a regular fall/winter seasonal, available from October thru December. And, not to spoil the review, but it was a wise decision by Stone. Below are the tasting notes I took while drinking Stone’s Xocoveza. If you tasted this beer or you’re reading this review with a pint in front of you, please share your thoughts with everyone down in the comments below.

Xocoveza pours a deep rich and opaque brown. Its head is stout typical, small bubbled and creamy-looking. The dark mocha colored foam climbs to about a finger, then does a slow back-step over a couple of minutes until a thin blanket covers the surface.

Aroma is quite complex bringing coffee, chocolate, and light roastiness. Add the spicy elements of nutmeg, cinnamon, and mild chili notes. Mild vanilla appears as the beer warms a bit.

Mouthfeel is utterly smooth and creamy, like a plush blanket hugging you palate; the fullness of the body just making the blanket that much more plush. Slight bitterness beneath the blanket.

Taste starts with the deep roast and rich chocolate laid across a bed of mocha. Then the spices sidle in; cinnamon, nutmeg, and a bit of ginger sort of muddle together, each never really showing their true colors, but together building a solid and very pleasant flavor. There is the light note of chili throwing its hat in the ring, add in some low alcohol warming and this beer is a no brainer for a cool winter evening. The peppery heat stays mild, but pleasantly noticeable. Toward the back there’s a bit of bitter chocolate. The chili warmth along with subtle fruitiness stays into the aftertaste along with light coffee and some roastiness.

It’s just Delicious! I think I may have found a new winter favorite in this beer.

As the bottle states “inspired by Mexican hot chocolate”… and it’s the truth. It does everything right to create that sense of comfortable richness only hot chocolate, and particularly Aztec hot chocolate with its added heat, has.

Xocoveza is smooth and rich across the palate. Complexity, bringing flavors of deep chocolate, espresso, roast, along with warming spices… and the coup de grace, the light warming presence of chili. Everything is well balanced, each ingredient contributing to the magic of the whole.

I look forward to winter’s cold snowy embrace, so I have an excuse to drink this one. But, who needs excuses right?

Oh, and if you want to celebrate the Holiday Season with something other than the same old egg nog… well, Stone’s got you covered there too. Check out their Xocoveza Beer Nog recipe on Stone’s site. 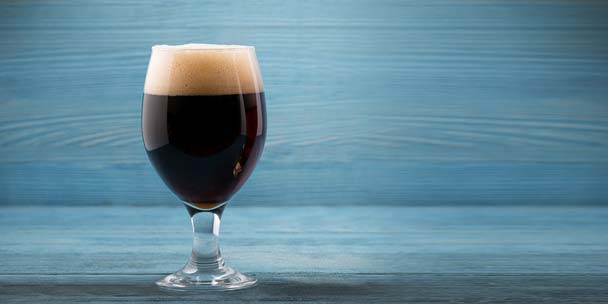