The 3 Types of Beer You’ll Find at NFL Stadiums

This past weekend, I had the pleasure of going to the Houston Texans game at Reliant stadium. It’s been awhile since I’ve been to a game in Reliant, and I was pleasantly surprised to discover that they offered a wide range of beer that didn’t have the world “light” in it. Of course, they were all over-priced, which is the norm for all food and drinks in a sports stadium, but at least they had flavor.

This discovery got me thinking about what types of beer the average football fan will find at their teams stadium. It is no secret, however, that certain NFL stadiums have far better selections than others. I would imagine that the stadium’s location plays a large role in determining what types of beer are available at the games. No matter where it’s located or how terrible the team is playing that year, there are a few common themes that can be found in all NFL stadiums. Pretty much every NFL stadium will have a few premium brews available, but for the most part, the overabundance of cheap light beers will be what you find at every concession stand. To the surprise of no one, these are standard at every professional sporting event nowadays. You will find these more popular, mainstream beers available on draft and, in some cases, cans and bottles. Although, it’s unlikely they’ll let you take the bottle back with you to your seat.

The cost of these cheaper brews, though, is not that different from that of the craft beers available at the same stadium. Typically, you might save a dollar or two, but you sacrifice the taste and the amount of alcohol within the beverage. Despite that, there’s no denying that these cheaper beers are extremely popular and in high demand at professional sporting events, which is why so many different stadiums offer them. Not to mention, they are also produced at a much wider scale, so it is not hard for NFL stadiums to keep themselves well stocked.

As previously mentioned, the city that houses the NFL stadium you are visiting largely determines the type of beer available at the stadium’s games. For example, CenturyLink Field, home of the Seattle Seahawks, is known for having a massive and excitingly diverse range of beer options. This makes sense, though, as Seattle is one of the country’s hotbeds for craft beer. At Reliant Stadium in Houston, the only local beer I could find was from Saint Arnold, the oldest craft brewery in Texas that is located a few miles from the stadium itself.

If the city you are in has a large local beer scene, there is a greater chance of seeing some of those brews available throughout the stadium. Each city has a different feel, and this is directly reflected in the city’s football stadium. Enjoying a local brew, only serves to further your experience of the city itself. Maybe it’s just me, but wherever I travel, I try to seek out local flavors. Drinking locally-brewed beer is a great way to enhance your overall experience when watching your team play, especially if you discover a new beer that you’ve never tasted before.

Keeping in touch with the demand of the fans, many NFL stadiums are starting to offer a wider selection of craft beer. It’s a growing trend that, in my opinion, is great to see. You may have to seek out a concession stand or beer-kiosk that has a couple of craft options, as these brews are not mainstream enough to be offered as widely as their cheaper, mass-produced counterparts. But that’s ok. Think of it as an adventure with a pot of glass of gold at the end.

While you may pay a dollar or so more, it’s no doubt worth every penny. Not only is it a tastier beer, but it’s actually more economical, as they typically have a higher ABV. As a result, you will ultimately drink less, and most importantly, spend less than you would if you bought the cheaper beer.

The craft beer selection typically goes hand-in-hand with your local selection. While there are a couple of craft breweries that still produce large enough amounts of beer to supply stadiums and pubs across the country, such as Sierra Nevada and Fat Tire, most of the craft beer selections you find will be somewhat local. This is primarily due to the amount they produce, and the demand of locals that know what they like.

Try a craft brew next time you see one offered at your favorite team’s stadium. Think of it as simple supply and demand. The more we drink, the more this trend will continue to grow. It’s already growing and does not seem to be slowing down anytime soon.

Whether you’re sitting on the fifty-yard line, tailgating outside the stadium or just hanging out with friends on the couch, no NFL experience is complete without an ice-cold beer. Maybe a cheap, light beer is your taste. If so, then you won’t have any problems finding it. But, if you prefer a different style of beer, then be sure to walk around the stadium and look for the different options they have. You may just be surprised at what you find. I know I was. 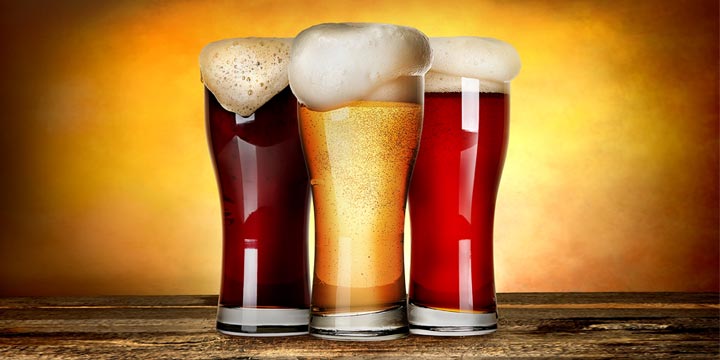