Dogfish Head is known for experimentation. It’s right there in their motto “Off Centered Ales for Off Centered People.” You can count on them when you need a change, something new.

The story of how this beer came into existence is quite funny and much better heard from the source… Sam Calagione.

The off-centeredness of this particular beer comes from the use of dehydrated coconut water and roasted coconut flakes. Add to the mix a new experimental hop variety with aromas and flavors of coconut, and it sounds like you have a summery thirst quencher just waiting for a hot day.

The experimental hop is a bit of a mystery at this point. But, apparently Dogfish Head liked it so much the brewery has bought out just about the entire domestic crop for several years. The only hop I’m aware of that has any aroma/flavor of coconut is HBC-472 from The Hop Breeding Company.

Is this their secret ingredient? It seems there’s a pretty good chance it is, but we’ll have to wait for Dogfish Head to spill the beans before we’ll know for sure.

The grain bill too, is pretty non-standard with flaked barley, rolled oats, and raw wheat along with pilsner and wheat malt. There’s a trend of unflitered IPAs (New England-style) IPAs right now and Lupu Luau takes this same path, but they were trying to get it almost milky white and very cloudy, probably trying to make the look somewhat coconut milk-like. But with these ingredients the mouthfeel should also be very smooth and creamy adding to the whole coconut vibe.

I’m Excited! With summer well on its way this sounds like a great beer to have in hand. Below are the tasting notes I took while drinking Dogfish Head’s Lupu Luau IPA. If you’ve tasted this beer or have one sitting in front of you as you read this review, please share your own tasting notes with everyone down in the comments below.

Pours a orange golden, very cloudy, reminding me of sunlight filtered through a thin screen of smoke. Medium-high carbonation keeps things stirred up. About a half inch of stark white, creamy head caps it.

Aroma of tangerine, pineapple, with a long woody fresh note of coconut, traces of citrus. The aroma reminds me a bit of a beer that has been lightly aged in rum barrels.

Incredibly smooth, not surprising with the grain bill it’s got. Body is light and lifting; spritzy carbonation adds to the thirst quenching quality. Medium astringency.

The flavor brings noticeable notes of warming coconut, citrus, and light pineapple with whispers of other tropical fruits thrown in. Even has a sigh of aged vanilla, slightly oaky quality to it; a flavor likely contributed by the hops. The malt stays unobtrusive. There is no real put-your-finger-on-it standout malt contribution, just a slight backdrop of washed out grain. The coconut, especially the roasted coconut comes through the strongest mid-palate to the swallow. It has a nicely played herbal bite of bitterness to it. Finish is medium dry.

Man, I have to say, I think this is my new favorite IPA.

Thirst quenching with little sign of the alcohol; you’d never guess this is running at 7.3% ABV. The grain bill augments the mouthfeel beautifully, giving it that smooth character of coconut milk. And the coconut itself stays subtle but noticeable, never straying into the realms of superficial “sunscreen” coconut.

The hops build on that coconut character while lending some other tropical fruit vibes (especially pineapple) to the mix along with an earthy, woody, herbal element that pairs extremely well with the coconut.

A new favorite I think… at least until I drink the next new thing. If you haven’t given this one a try, I highly recommend it, particularly with the hot days of summer on their way, promising more outdoor activities, more cookouts, more sunbathing, and (possibly) more of your own luaus… may as well have the right beer for the activity.

And, if you have tried it… leave a comment below. I’d love to know what your thoughts are on Lupu Luau. Cheers! 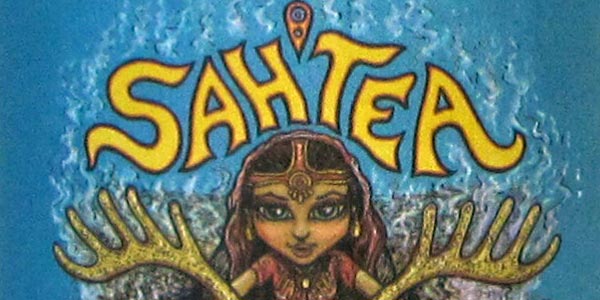