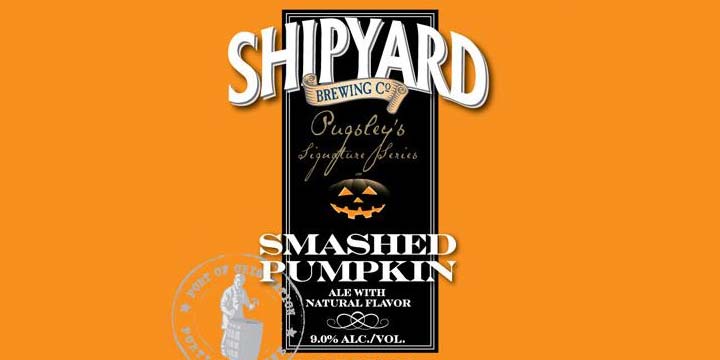 The cottage was on the discrete corner of Maple and Pine, backed into the trees so that it was hard to see from the intersecting streets. It was a low building with low gables and a low angling wood shingled roof. It was what some people might have called quaint, having small thick-set windows and a low red door. Off to one side of the house was a small patch of garden, the vegetables well tended and huge.

In the garden was a tiny pumpkin patch and it was this that drew Fran’s eye every time she passed the house on her way to work. For out of it grew a single pumpkin of such perfect color and such perfect roundness it seemed that it glowed with its goodness.

Fran wanted that pumpkin. It drew her like a light draws a moth. It was just so… so perfect. She knew it would make the best pumpkin pie anyone could possibly imagine and the state pie competition was just around the corner.

She walked by it day after day, watching it grow, watching the color change from an already healthy pumpkiny orange to a hue she could only describe as brilliant burning orange. Every day it was harder to pull away. Each day she lingered just a little longer and finally the day came when she stood staring into that pulsing ochre radiance and the decision was made.

She would steal the pumpkin.

The decision made, it seemed the pumpkin really set its teeth to her and without knowing how she’d gotten there, she suddenly found herself kneeing in the soft earth of the garden, twisting the glowing pumpkin from its vine. The thing was smooth, without scar or marring dimple. Its joyous weight sat perfectly between her two small hands. Right were you belong.

The vine finally gave with a low snap, but immediately behind the sound came another. It was the soft click of a door opening and closing. She spun, her prize nestled, like a much loved baby, in the crook of her arm.

“I see you’ve found my pumpkin.” The cracked, but soft voice of age issued from an ancient looking woman.

“I ummm…,” Fran felt the lovely heaviness of the pumpkin and her eyes darkened. “It’s mine!”

“Of course child. Of course it’s yours, but if you want it you must come in and sit with me a little.” The old women moved aside and extended a deformed claw-like hand toward the door… “Come.”

Fran was suddenly unsure. Her mind muddled. She should give the pumpkin back. It was hers after all… no, no it wasn’t the old woman’s. Not anymore. It was Fran’s pumpkin, she’d picked it. The woman even said it was hers.

Fran took a step toward the house. “Okay, but don’t try and take it.”

The old woman grinned with a mouth empty of teeth. “No, no of course not.”

The house was dark and low. A wooden table and two chairs, a fire place with a large cast iron cooking pot, shelving lined most of the walls piled haphazardly with various items, many looking like different spices.

Fran carefully set the pumpkin on the table and sat nervously. The old woman pulled a dusty bottle off a shelf and poured a deep amber liquid into a wooden goblet.

Fran looked at the liquid. She smelled warming nutmeg and pumpkin. “What is it?”

“Just something I make every year.” The woman’s eyes betrayed some longing, a hope. “Try it.”

Fran took a slow sip. It was heavy and round, flavored with spices. It was good and she relaxed into its warmness.

With a short cry of triumph the old woman poured some of the drink for herself and took a long swallow.

“Ah, so long waiting. Waiting for you.” she raised her goblet at Fran. “Now I can finally drink.”

She stood for a moment savoring the liquid her toothless gums smacking wetly then she looked at Fran. She walked forward and knocked the pumpkin of the table. It hit the floor with a wet smashing sound. Fran shouted and jumped back, but found she could not stand and sat heavily on the floor.

“Why?” she tried to scream but the word came out a muddled low murmur.

“Ah, child. Is the only way I can make and drink my Smashed Pumpkin brew.”

She knelt and carefully gathered the bits of pumpkin flesh. “Now this will go in the oven to bake and in a short time be part of next year’s batch.”

She stopped suddenly and looked up at Fran. “And you, you are next year’s harvest.”

But Fran was not there to hear. On the floor where she had been was only a small simple pumpkin seed.

Below are the tasting notes I took while drinking Shipyard’s Smashed Pumpkin. If you tasted this beer, please share your thoughts with me in the comments below.

Smashed Pumpkin pours a burnt orange color. A thin off-white head forms to about a fingers width, but almost immediately begins to recede, dropping away surprisingly quick, and finally disappearing completely. It is very clear with minimal carbonation.

A careful smell brings a very warming alcoholic spicy aroma. Nutmeg and clove washes up big time. The vegetal smell of pumpkin really rounds and carries the spices well. Smells like when you bake pumpkins- minus the alcohol. I also catch hints of bread and crust. Very pleasing.

Mouthfeel is generously heavy. Full bodied and only light carbonation allow the spice to sit big on the palate creating a feeling of heft and thickness. Alcohol and spice load combine to really warm.

Taste paints a fruitiness and burnt brown sugar at the front of the palate. A bit like a cider in some ways. Mid-palate brings pumpkin and nutmeg along with a smattering of clove. As it rolls into the swallow I get a bit of hop bittering along with the low warming bite of alcohol. Aftertaste is something like slightly burned spices warming and robust with a minor bitterness hanging on; and tendrils of brown sugar sweetness.

I don’t know how many of you out there have had Shipyard’s Pumpkin Head, but this is a much, much better beer. In Pumpkin Head there are no subtleties, it too much spice, and too much sweet, in a too thin beer; like over spiced pumpkin pie in a glass. In Smashed Pumpkin there’s a more balanced hand at work.

I still couldn’t drink too much of it though. Spices are all little strong — especially as it warms — but not overblown. The 9% ABV gives it enough heft to own the spice load — just barely — but enough. Sweetness is kept reasonable. Pumpkin is a presence in this beer — a novelty, it seems, in the pumpkin beer world.

It’s definitely worth a try.