Autumn had come. It had slow-burned through September, the first signs showing in a brief brush of air gone crisp or a leaf off-colored, hung in bright flame, the oddity in a sea of green. It had come slow, and then burst into full bright fire right at the end of September, leaves gone riotous in yellows and reds, all throwing in with the revolution started by that single leaf calling the coming change.

The cooling evening breeze moved one or two tired fallen leaves upon the street, along with hidden memories and the small excitements of a year in change. A time to contemplate life.

Autumn breeds introspective airs. Bent over his rake, Tim watched his large patch of garden with just such an air of reflection. Everything is brought closer to home. Wood is stocked, stacked near to hand for winter’s expected bite. Harvests are brought in off the field and orchard and ground is left resting to recuperate through the cold months. His own ground was just about ready. All that remained were a few of the Fall vegetables, including the pumpkin patch.

The corn stocks were stripped of their silk tasseled fellows and the fat leafed pumpkin vines were starting to go yellow-brown and wilt. Rotund orange heads lay askew, littered among the dying remains of their mother plants as if some army of Ichabod searching horsemen had passed, leaving ochre heads behind to consider their origins.

He smiled at this thought. What if there had been more than one horseman searching out the gangly-legged, glasses wearing Ichabod. What then? How would the story have changed? Or what if the Headless Horseman got meaner the closer it got to All Hallows Eve. Now that would really be something. Cause let’s face where was the guy gonna get a pumpkin head year round? What did he do in the winter? In the summer?

Tim thought he was probably just a regular headless guy most of the year. Probably blind too, because how was the guy seeing if he didn’t have a head with eyes. So, he was a headless blind ordinary guy. Til’ pumpkin season. Then he built his face and hefted it upon his shoulders to spy the world shortly and search his foe. Or maybe there was a whole bunch of headless ordinary guys out there and the first to find a pumpkin come fall became the feared Headless Horseman of the story. It seemed reasonable, as reasonable as there being a headless horseman at all.

Tim looked at his pumpkin patch again. Maybe this year whoever the lucky bugger be, maybe he’d pull one of these waiting pumpkins to craft his scary-grinning face.

He heard the gate slam up at the house and saw Davy coming down the path between rows.

“Pa, thought you might be thirsty. Was in the cooler and the label’s come off.” Davy stepped up to his father and handed across a bottle.

“Some sort of Pumpkin beer. Thought it was fittin’ to the season.”

Tim looked at the bottle doubtfully. “Aw, all those pumpkin beers. Always too much sweet. Pie and such…. never had one I really could stomach.”

“Don’t hurt nothin’ to try n’other does it. May like this one. Sides, it’s hot and you’re thirsty and this here is what I brung you so drink up.”

Tim shrugged and pulled his knife, popped the cap, then passed the knife to Davy.

He held the bottle up to his son in a toast and took a sip. It was a sunny fall day. Cool, drying crispness and sunny rays of spice, shot through with earthy pumpkin.

“Yes sir. That’s a fine bit a drink there.” Davy looked across the top of the rake at his dad. “What do you make it, Pa.”

“This here’s the horseman found his head this year, that’s for dirn sure.” Said Tim, smacking his lips at the drying crispness.

Davy just looked at him Strangely.

Below are the tasting notes I took while drinking Uinta’s Punk’n Ale. If you tasted this beer, please share your thoughts with me in the comments below.

Pours a copper-amber color, a little more orange and it would look like pumpkin pie filling. Slightly hazy with a nice fingers-worth of soapy off-white head blanketing the surface. Retention is superb, fed by lazy carbonation.

Aroma is quite subtle. No big slaps of pumpkin pie spice or sweetness here. The pie aromas are recognizable but remain low key. Some mild toasted pumpkin and brown sugar along with very low toasted malt. Spices are there, but nicely muddled, with no real standout in the bunch; some cinnamon and nutmeg, maybe allspice.

Body is satiating and on the light side of medium with a rather drying mouthfeel — probably due to a combination of spices and higher carbonation.

Upfront I get a combination of vegetal pumpkin qualities and roast malts, with hints of cinnamon and nutmeg. Mid-palate brings subtle earthy hops along with a slightly more pronounced feel for the spices, and vanilla. Back of the palate, the spices are still playing; clove, nutmeg, and cinnamon with a shy bitter punch of hops. Finish leaves a bitter drying aftertaste with only loose memories of the spice.

My second pumpkin beer of the season and I’m impressed. Again, like Rogue’s Pumpkin Patch, Uinta hasn’t gone hog wild with the spices. They are noticeable but not overblown. The crispness and high carbonation makes it more of a quenching, sessionable beer, nice for early autumn when the days can still get warm and there’s only that dawning hint of change riding the air. 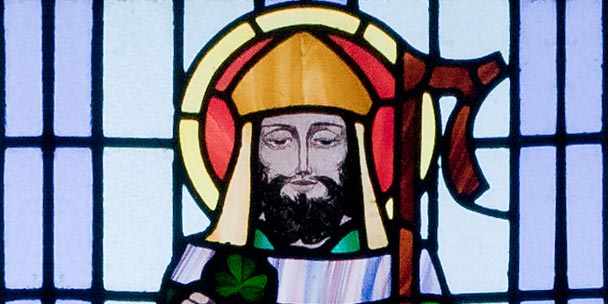