In a move that seems somewhat counter-intuitive in the face of pumpkin beer popularity, Alaskan Brewing bagged their pumpkin ale — at least for this year — in favor of a different approach to the Fall season.

Honestly, their Pumpkin Ale never really hit any high notes for me. I always thought their Pumpkin Porter, last brewed in 2014, was more memorable. But that’s neither here nor there… they have something new and I always get excited about new things.

For this Fall season, they revived their Heritage Coffee Brown Ale; a beer first released in limited quantities as part of their experimental Pilot Series last year. The Pilot Series track record is exceptional, at least in my opinion.

Beers like their Jalapeno Double IPA, Imperial Red Ale, and Imperial Rye IPA were born out of this experimental series. Even the Smoked Porter could be said to come from the Pilot Series, though this would have been before these brewing forays had been named as such. So, I had some expectations going in.

Coffee beer is becoming more and more popular, and with this growing popularity, brewers are trying new things. Coffee, as an ingredient, no longer finds itself confined to its expected beer styles, Porter and Stout. It has branched out of these boundaries. With this move to new territory, comes new ways to include coffee in the brewing process.

To get the beer made, Alaskan Brewing Co. teamed with their Juneau neighbor Heritage Coffee Roasting Company. Interestingly, these companies already have history together. It was Heritage founder Grady Saunders who, at least partially, inspired the idea of smoked malts, which would ultimately lead to the famous Alaskan Smoked Porter.

Research had to be done to find the right coffee character to blend with the English Brown malt backbone. That meant sampling a lot of coffee — my kind of research — but they finally found all the subtleties sought in a Brazilian variety named Paixao. It is a variety farmed in traditional and sustainable ways, including hand-sorting and harvesting (pretty cool).

Alaskan wanted a deeper and richer sense of the coffee in this ale and, to that end, came up with a technique that, to my knowledge, hasn’t been used before. They roasted a portion of the English pale malt with the coffee beans in a coffee roaster. This not only imparted light coffee aromas and flavors to the grain, but also allowed collaboration on a deeply detailed level.

The roasted coffee was then cold brewed, a process of brewing using cold water, which drastically reduces the acidity in the finished coffee, and added at multiple steps in the brewing process.

Below are the tasting notes I took while drinking Heritage Coffee Brown Ale. If you’ve tasted this beer, please share your thoughts with me in the comments below.

Color is a rich deep red-tinged brown and there is a slight hazing. Head is fizzy, big-bubbled, biege in color, and very short lived. Carbonation is a lazy medium.

The biggest aroma is a very friendly medium roast coffee; not domineering or overstated, just cold brewed and clear. This combines nicely with the more subtle sweet bready malt, cocoa, light brown sugar, and caramel aromas. There’s an earthy herbal and nutty quality along with whispers of dark fruit.

Taste is rich with sweet bready malt mixing with the earthy and nutty background flavors of coffee. The coffee makes a deep impression without growing too intense or overwhelming. Some light dark fruitiness and a bit of hazelnut. Light herbal hop bitterness syncs with the coffee and is mostly lost to any standout signature. Finnish is semi-dry. Aftertaste is of earthy coffee, and dark malt sweetness; very pleasant.

The coffee remains the most prominent aroma and flavor throughout. This isn’t a bad thing. It never overdoes its welcome, though its prominence may hide some of the whispered subtleties to be found in the British Brown base. I have trouble finding good examples of English Browns in my neck of the woods, so I love that they used the style as a base, but it would have been nice if it the malt was a little bolder. This isn’t really a complaint, just an impression.

Overall, this beer is a grand thing. Pleasant and completely appropriate to the cooling Autumn season. You can’t help but think of home and hearth, warmth and family when those nutty coffee and lightly sweet aromas drift. 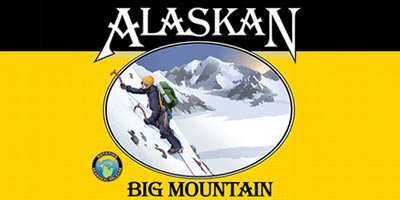