As with all the beer styles with “American” tacked on the front, (i.e. American IPA, American Pale, American Sour) this style is inextricably rooted in European brewing history. It has two brothers. Both of them English, and the roots stretch back to the 1700s when porters and stouts were popular in England and were often referred to as brown ales. With the rise of pale ales around 1850 the “brown” ales in all their varied forms fell out of favor among beer drinkers and would all but completely vanish by the early twentieth century.

But…   They came back. Newcastle brewery in Scotland single-handedly brought the brown back and launched it as its own distinct style. Newcastle Brown’s over-the-top success caused other British brewers to sit up and realize there was something big a-brewin’ (pun intended), so they fomented their own recipes.

Soon two separate Brown Ale styles would emerge. The Southern, also called London Browns are dark, rich, caramel-sweet, use low hop rates, and are low alcohol. The Northern Brown, like Newcastle, are somewhat drier, lighter, and promote a nutty quality rather than the sweetness of caramel.

In America, the brown styles remained relatively unknown. Sure some colonists recreated these English styles, often adding molasses to the brew, but it would not make much of a splash until the 1980’s and the craft beer revolution.

It was Texas homebrewers that, wanting to copy the Brown Ales of England, started to experiment. Of course leave it to Texan’s to make a bigger, bolder beast than anything the English had ever cooked up. Other American brewers followed suit; though, taming and balancing the beast a bit along the way.

The best known example of this Texas style brown was Pete’s Wicked Ale. I say “was” because, as of 2011 this beer is no longer available due to the ever fickle and evermore radical-seeking tastes of craft beer drinkers.

But, the differences between the American and two English styles remains the same, despite or (maybe because of) America’s capricious palate. Like a younger brother that grew mean to survive rough older brothers, the American Brown is built on all-malt, remains hoppier, and boasts a brasser alcohol content then the older English versions.

The guidelines for the American Brown Ale beer style are set by the Beer Judge Certification Program (BJCP) Style Committee. The below details are a summary of what a brown ale should represent.

The BJCP classifies this type of beer as an “Amber And Brown American Beer.” It can be found in their guidelines as category 19C. Other beer styles within this category include: American Amber Ale (19A), and California Common (19B).

Color will be somewhere in the brown spectrum, ranging from a light tannish/amber to a darker almost black mud color. Head is bone colored to light khaki with low to medium volume.

Rather more dark malt character in the aroma then either of the English brown ales, but should not enter the realm of being “Porteresque.” Richly sweet in its malt character it can contain notes of caramel, chocolate; be nutty, and/or toasty. As with most Americanized versions of beer styles this one is likely to have more hop aroma, but should still remain below mid-level. One or both citrusy American hop and dry-hopped aromas are optional to the style. Fruity esters should remain low and the hops and malts should balance. No diacetyl or only very low amounts.

A medium to med-full body should be expected with moderately high carbonation. The hoppier examples may come across as drying. Some alcohol warmth may be noted in stronger verisons.

Taste should be balanced between malt and hop components. Mid to high malty flavors with chocolate, toast, and caramel common. Mid to medium high hop bitterness with a following light to somewhat modest hop flavor with the possibility of citrusy American hop character. A medium dry finish builds a balanced aftertaste of both malty sweetness and hoppy bitterness. Unlike the English Browns this will have very low to only moderate fruity esters. Diacetyl should be low if present at all.

Tips For Brewing Your Own Brown Ale Recipe

Brown ale has become somewhat synonymous with that first try at homebrewing. They seem simple. There is a large variance of what specialty grains can be used, the mash is simple, and it is a beer style quick to mature. Brown ales offer enough color and flavor character to make the homebrewer feel they are making their own way; escaping the pale, bland, light-bodied, and lightly hopped lagers that have so often been an introduction to the world of beer.

Skill and knowledge comes with doing, and often by the time a homebrewer has gathered this base he has moved on to more adventurous pursuits, the coffee milk stout, or that triple hopped IPA. And the poor brown is never thought of or spoken of again. Worse still, is the possible idea left in the now maturing brewers head that somehow the brown is an uninteresting style. But this idea is born of a skill set in its infancy, framed in lackluster results, and is in no way true.
So some tips for the potential brewer of American browns ales.

Start with a base of well modified two-row pale or mild malt. To this foundation crystal malt is often added in the range of 10% to 12% of the grain bill (but it doesn’t have to be). Amber malt is also a good one to consider either with or instead of the crystal. One-quarter to three-quarters pound of Amber can be used per gallon. Wheat is often used at 1% to 5% to help with head retention.

Aromatic, Special B, special roast, toasted, chocolate, and black malts (the black at less than 2%) can all work as part of a brown ale recipe. These specialty malts can makeup anywhere from 5% to 15% of your grain bill. Use less malt the darker its color. The Brown grain bill is maybe one of the most fluid of any style, giving plenty of wiggle room to explore and experiment.

But don’t let this “fluidness” overwhelm you either. Simple is better, especially in the beginning. You can make a perfectly good American brown using pale malt, some crystal, and one other specialty malts. The trick is to just get in there and play. Find a recipe you think you’ll like, tweak it (or don’t) and brew a first batch. After that first batch you’ll have a better idea of what you are looking for and where you’d like to go with your next batch.

And to make your beer a truly unique creation you can even try a hand at roasting your own amber malt. Just start with a high quality, uncrushed pale malt and spread it out on a cookie sheet. Dry roast it in an oven set at 350°F for 30 to 40 minutes. Keep an eye on it. All ovens are slightly different and it is easy to end up with sharp roasty notes that won’t work in a Brown. Look at its color and try a sample now and again. What you’re looking for is a pale copper color with a deep nutty, toasty flavor.

For the partial extract brewer, substitute your base malt for high quality amber malt extract and then do a partial mash with the crystal and any specialty grains you’ve chosen. Ingredient kits are also available and is good way to brew a baseline good beer before you start to experiment with other types of malts in later batches.

High carbonate water works well with this style because it accents the maltiness. The water also usually contains some salt. Using 1/8 to 1/4 (depending on your personal taste) teaspoon of salt per five gallons is recommended. This salt can be added to the boil. Don’t add gypsum as part of your treatment because you are trying to avoid significant quantities of sulfates. Instead, this is a good place to use calcium chloride.

Keep your sulfates below 80 ppm, sodium should be around 100 ppm, and carbonates a little below 160ppm.

A very simple single infusion mash will work great for this style. We’re shooting for a medium body with some malt presence so a temperature in the range of 152° to 154°F will work great.

One of the main differences between an American style beer of any kind and its worldly counterparts is of course the use of American hops. Cascade is usually a favorite, but Mt. Hood, Willamette, US Goldings, and many other varieties could produce an interesting Brown.

Often, American Brown recipes will call for multiple hoppings, sometimes even including dry-hopping.

Here, again, there are really no hard and fast rules, aside from the use of American hop varieties. Try to hit a target of 0.90 to 1.0 bitterness or BU:GU ratio (divide IBU by gravity points).

This is the one brown ale where dry-hopping is consistently used, so I would recommend a dry hop addition of an aroma hop at the order of 0.5 to 0.75 ounces.

American brown ales are usually clean and balanced with very little if any flavor added by the yeast. Therefore pick a clean, high attenuating American yeast or possibly a clean “dry” German ale strain. Good dry yeasts might be Danstar Nottingham or Safale US-05. For liquid yeasts there’s a lot to choose from, but a couple good examples would be Wyeast 1056 (American Ale) or White Labs WLP060 (American Ale).

Nothing fancy in the fermentation. Maintain good temperature control so the yeast stays happy.

Use ¾ cup corn sugar, or ⅔ cup table sugar, or 1¼ cup dry malt extract to prime your bottles (if bottling). Or if you want a more accurate amount use an online priming calculator. Whether bottling or kegging you’re looking for around 2.4 volumes of CO2.

Then… Enjoy your homebrewed and, no doubt, delicious American Brown Ale. 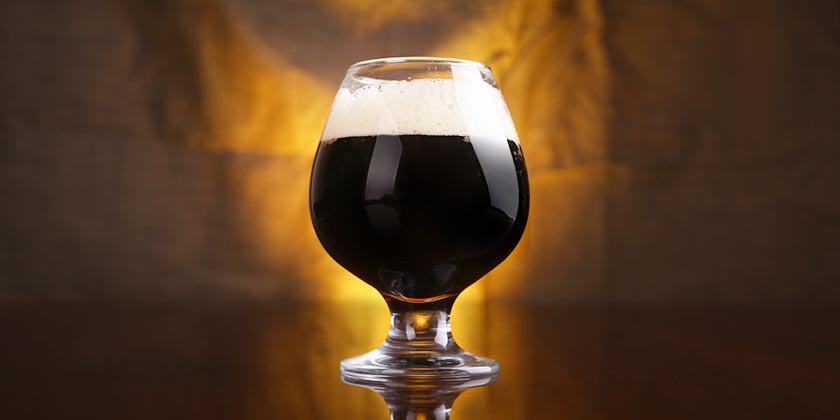