America’s brewing history is rather short compared to the rest of the world. Our older and truly indigenous styles, California Common and Cream Ale, at 150-some-odd years old, are mere lads; and the bulk of Americanized brewing, those styles piggybacked on some older style, are less than a quarter of that. 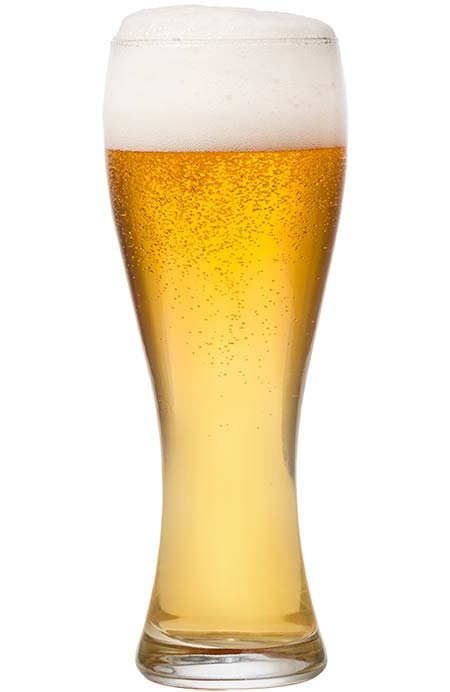 This is all to say, American Wheat is a toddler in the world of beer styles.

Wheat, at least as a brewing ingredient, probably stretches back to the very beginnings of agriculture. But most of its known history is tied to Germany and Belgium with references as early as 1500. However, these styles found little popularity outside their native homes and remained virtually unknown.

Anti-German sentiments after World War I and the start of Prohibition ensured any slight inroads these styles may have been making into America during the 1800s withered and died.

The popularity of German culture including its beer styles would reemerge with the post World War II occupation of Germany that extended into 1952. This renewed interest caused an upswing in the amount of imported German beer and homebrewer’s, ever the intrepid lot, went to experimenting.

Still, it would be another 30 years before an American brewery made and released the first realization of an Americanized wheat style. In 1984 Anchor Brewing Company, one of American’s oldest breweries, released their Anchor Summer Wheat.

This beer had subtle differences when compared to its German cousins. The yeast used was Anchor’s own house ale yeast and fermented to a more neutral and cleaner profile. The beer also had a more hop forward character.

The new style was adopted by the fledgling craft beer revolution and today its expression continues to broaden and deepen.

The guidelines for the American Wheat beer style are set by the Beer Judge Certification Program (BJCP) Style Committee. The below details are a summary of what an American Wheat should represent.

Expect a tall long standing head atop liquid ranging from straw yellow to a deeper gold. Clarity will depend on whether the beer as been filtered or not — both are acceptable — and will range from excellent to hazy.

Grainy, cracker-like, bready, or doughy qualities are possible in the low to med range. Some sweetness is acceptable, but should never climb above moderate. Esters should remain below medium, with no banana apparent, instead showing a more neutral character. There shouldn’t be any clove phenols and hop aroma should remain relatively low, but may present citrusy, floral, fruity, or spicy qualities.

A medium-light to medium body with dancing carbonation ranging from the upper end of medium into high. Body can have a soft character and the mouthfeel often has some creamy qualities.

Wheat malt will appear as bready, doughy, or cracker-like, which can extend into the finish. Hop bitterness should be higher than a German Wheat but remain modest, in the range of low to medium. The bitterness can linger into a somewhat crisp finish or disappear behind a slightly sweeter end. Either is acceptable. Hop flavors should be low to moderate and will likely carry spicy, citrusy, floral, or fruity qualities. No banana esters or clove phenols. Esters should remain low to none.

American wheat is a great pairing for what comes natural as brunch or lunch fare. Eggs, bacon, sausage… bring it on. It also work well with almost all things salad. Seafood is a friend to this beer so shrimp, scallops, and lighter fish such as halibut and sole are all on the menu.

For cheeses keep it light and fresh such as chevre, cream cheeses, and ricotta.

Come dessert time stick with light cream and fruit desserts — citrus accents being a plus.

For best presentation and greatest appreciation, an American wheat should be served at 48-50°F. A Weizen glass allows the liquids eye-catching golden hue to stretch tall with plenty of room for that thick pillowy head. They are best stored at refrigerator (45-50°F) temperatures and enjoyed within 4 months. The main differences to keep in mind between the American Wheat and other wheat styles is; the smaller quantity of wheat malt used, its neutral yeast flavors — no banana esters or clove phenols — and often the presence of more hop bittering and character. It will also rarely contain the coriander and orange peel so prevalent in Belgian Wits.

As with all Wheats the backbone will be wheat malt. Though wheat malt in proportions as low as 25% or as high as 70% are not unheard of in this style, most will commonly fall somewhere within the middle ground 30-55 percent. The bulk of what remains will be made up with a quality domestic two-row or other pale malt.

Specialty malts should be kept to one or two. Likely options include paler caramel malts, cara-wheat, dextrin malt, Munich, and honey malt. None of these alone or combined should make up more than about 10 to 15 percent of your grain bill.

Extract brewers should look for high quality wheat and wheat/barley blended extracts. Look for the palest you can find. Extract kits are also readily available. If you want to add some extra character to your extract brew I’d suggest either steeping a couple of the above specialty grains or, if hunting a fuller mothfeel and more character, do a mini-mash with a portion of two-row and one or two specialty grains.

Honey is sometimes used as an adjunct sugar. It is 100% fermentable so it will dry out your beer and likely make the hop bitterness more noticeable. If you decide to use honey keep it below 10 to 15 percent of your fermentables. If planning to use honey, I would recommend you read our “Brewing With Honey” article to get more information on the process.

Fruit and fruit puree can also be common additions and create a fruity refreshing summer libation. In my opinion, it’s better to avoid using fruit until you’ve brewed a solid American Wheat you enjoy on its own. After this, doctor up a following batch any way you like, but start with small additions of fruit and work upwards. In a wheat beer there’s not much to hide behind.

Door’s pretty wide open on the kinds of hops you can use. Just remember even though this style is more hop forward than other wheat styles, its upper IBU limit is still barely where American pale ales begin. If looking for lower hop presence shoot for between 15 and 20; if looking a bolder presence go between 20 and 30 IBUs. Look for a bitterness/gravity ratio (IBU/OG) of somewhere between 0.3 and 0.8.

This is a good place to use those hops with both bittering and flavor/aroma potential, so not too high an alpha acid content. But this isn’t a strict rule.

Because this beer comes from a German linage you’ll never go wrong using German varieties such as Tettnanger, Hallertauer Mittelfrüh, Perle, or Spalt.

On the American side of things, Cascade, Amarillo, Willamette, Liberty, and Mt. Hood have all been used successfully. You can get the best of both worlds — a little bit of old world nobility and new world brightness — by combining German and American varieties. A good way to get an idea what certain hops and combinations of hops taste like is to make a hop tea with them.

As with all wheat styles, the sparge will likely be long and slow, often half again as long as a regular sparge, but a stuck mash is pretty easy to avoid if you take some precautionary steps.

Fill your mash tun with water to about two inches above your false bottom or perforated hose, giving the grain plenty of float. Add a measure of your two-row barley malt first so that husks cover the false bottom. Mix the rest of the wheat and barley malt together before you dump it in.

Keep the mash thinner than you might normally; a liquor-to-grist ratio of about 3:1. Also try to keep your grain bed shallow so that it does not get overly weighted down. Finally, if your know your system often causes stuck fermentation or you’re using more than 50% Wheat malt or you just want to play it safe; rice hulls are always a good idea.

Wheat malt is also harder than barley malt so grinding it a little finer than regular malt will help increase yield.

Some brewer’s will do a step mash, using a protein rest at 122°F. This may get rid of some of the protein that plays a role in haze, but all in all you’ll have some protein either way because wheat has more of it then barley. You’re gonna have some haze, that’s just the way it is, but hey it’s part of the style and that same protein is what builds a wheat’s magnificent and long-lasting head. So doing a protein rest is up to the brewer.

Sacharification temperature should fall between 150° and 154°F. The higher end making a slightly malter beer while the lower making a crisper beer. After the 60 minute rest, use close-to-boiling water to mash-out at 169°F. Sparge with 170°F water to your pre-kettle volume and a gravity of between 1.040 and 1.055.

Be patient, let it do its natural thing, and don’t try and push it. If it’s slowing extensively you can try cutting the grain bed in a criss-cross pattern with a butter knife, but try to stay 1/2 inch or so above the false bottom.

The yeast you use should be a non-flocculent strain with rather clean and neutral characteristics. Esters and phenols should be muted. Usually ale yeasts are used, but lager yeast can work just as well. Some likely choices of ale yeasts include:

Fermentation temperatures should be in the mid to higher 60s. This will help keep ester production to a minimum. Remember to, everything you do with your yeast plays into what kinds of flavors it develops. Be sure to cast enough healthy yeast. Generally, a little more is better than not enough. Also oxygenation of your wort at the beginning of fermentation, and well managed temperature control is important.

At the end of fermentation, bottle or keg as usual and try to hit a carbonation level of around 3.0 volumes. If kegging, you may want to stick to something like 2.7 volumes because of the problems caused by higher carbonation at the tap.

Once packaged your wheat beer is basically ready to be enjoyed. This beer style doesn’t get any better with age, so only wait long enough for the weather to turn, the sun to be shinning bright, and a moment needing a good thirst quenching.