Cascade is considered by many the quintessential American Hop and with good reason. It was the first hop to come out of the USDA hop breeding program and has become an essential hop addition in many American Pale Ales and most West Coast IPAs.

The start of hop farming in Oregon stretches all the way back to the 1860’s, but there crops consisted entirely of bittering varieties and were largely made up of America’s oldest cultivated hop variety, Cluster. Even after the end of prohibition all flavor and aroma varieties were being imported from Europe. These varieties included Saaz, Tettnang, and Hallertauer Mittlefrueh. In an attempt to reinvigorate the American beer industry after prohibition the US government reestablished the USDA hop breeding program at Oregon State University. By 1935, Cluster made up 90% of Oregon’s 30,000 acres of land dedicated to growing hops. One of the main tasks of the breeding program was to maintain healthy crops.

Not an easy task in the face of an ever-growing Downy Mildew blight that was ravaging the Cluster hop fields of Oregon. Cluster hops seemed especially susceptible to this disease. To combat it the program wanted to develop a hop that could stand up to Downy Mildew.

They found it, when Dr. Stan Brooks allowed a hop variety of English Fuggle and Russian Serebrianker pedigree to be wind pollinated by an unknown male variety. This new variety was initially only known by its number designation USDA 56013 and was only one of many varieties being tested.

The new variety showed promise. Along with its seemingly good resistance to Downy Mildew came a bonus similarity to the Hallertauer Mittlefrueh German aroma hop that was being so heavily imported by American breweries. In 1967, the USDA gave the go ahead to plant a small plot in Oregon.

Growing this new hop was one thing but getting the American brewers to use it was quite another. The large macro breweries of the time circled and poked at the new hop like it was a strange recently discovered, possibly dangerous creature. They seemed to like it, but not enough to take the plunge and risk anything on it.

That is until the late 1960’s when the noble hop fields of Germany were brought low by a disease of their own, Verticillium wilt. Import prices of noble hops shot up like an escaped jack-in-the-box and American macro brewers suddenly found themselves looking at all viable options. The Best Beer T-Shirts on Amazon

In 1972, USDA 56013, dubbed “Cascade” after the mountain range in Oregon, was released to the public. It found a somewhat “forced” champion in Adolph Coors, and the Coors Brewing Company.

This big name brewery kept the Cascade from disappearing altogether. Doctor Haunold states in his article (which goes into fuller detail then I do here), just how close the breeding program came to scrapping the new hop;

“We were at the end of our rope. We had tried everything to get brewers to experiment with Cascade. We were just going to toss out those 30 bales and send 56013 over to the germplasm library, where who knows whether anyone would’ve ever picked it up.”

It turns out Cascade was a little too strong for the light beer Coors was brewing and they cut back on its use, but by this time the winds of change were stirring. America’s first craft brewers were about to take their first tentative steps toward revolution. Fritz Maytag, owner of Anchor Steam, noticed the new hop. He decided it was a perfect match for a beer that would celebrate the bicentennial of Paul Revere’s ride. He called it Liberty Ale. It would become what is considered the first post-Prohibition IPA and the first single-hopped American ale. And the doors for cascade hops were opened.

Today there are also New Zealand, Argentinian, and Australian varieties of Cascade. In the U.S., the acreage dedicated to Cascade continues to grow. The 2013 BA Hop Survey shows it has the most acreage committed to it, at 5,330 acres in that year. This is a 65% increase from the year before! The Cascade is becoming a bigger and bigger player in the brewing industry, especially among craft brewers.

How to Grow & Brew Cascade Hops

Due to their popularity with homebrewers, cascade rhizomes are widely available for you to purchase and grow on your own. However, if you plan on growing your own hops, we would recommend that you check out our tips on how to grow your own hops.

Before you choose or buy hop rhizomes to grow, we would always recommend talking to other local hop-farmers or your local brewing supply shop to get better information on the various types of varieties that grow best in your area.

A hop with unique floral, spice, and citrus qualities, with the citrus elements often running toward a strong grapefruit character. Moderate bitterness.

A dual purpose hop, Cascade is most often used as an aroma hop, but also has a use on the bittering side of the brew.

These are general substitutions and are not perfect Cascade clones in any respect. Each hop variety is unique in some way, so do not expect the exact same beer you’d get using Cascade hops. Obviously this goes the other direction too, using Cascade as a sub for one of the below listed hops.

The following list of beer styles commonly use cascade hops to help them achieve the flavor and aromas that make each of them unique.

The following beers are great examples of beers that utilize cascade hops. I would recommend giving them all a try to help give you a better idea of how Cascade hops help give each beer its unique flavor and aroma. 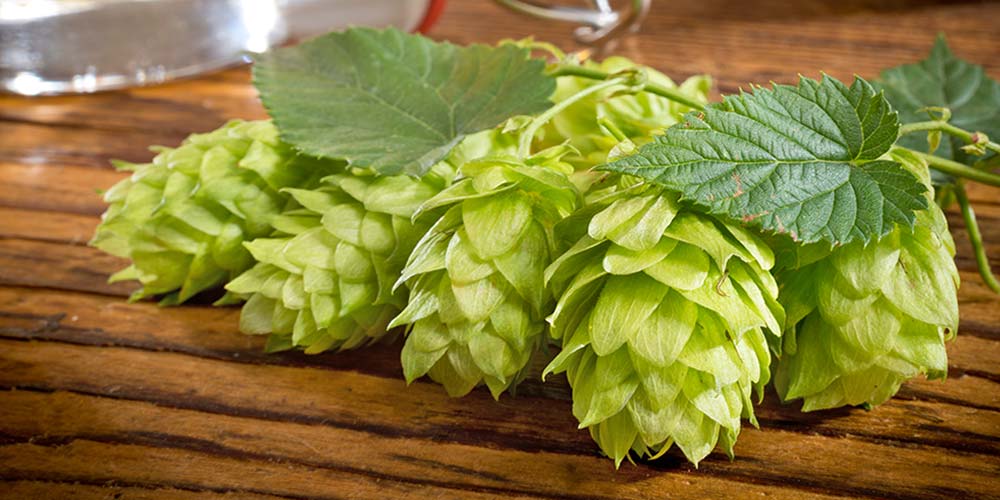 By Nick Carr
7 Comments
#beer ingredients#beer ingredients learn#brew-ingredient#brewing#cascade#homebrewing
Beer EducationBeer InfoHomebrewingHop Profiles
Certain content that appears on this site comes from Amazon Services LLC. This content is provided 'as is' and is subject to change or removal at any time.