First, Belgian style ales cover a vast array of styles that include light and easy drinking beers (Wit, table Saison, Tripel) all the way to darker, maltier styles (Dubbel, Dark Strong). Chances are, whatever your palate prefers, there is a Belgian style you can easily fall in love with. While temperature control is an important part of creating excellent homebrews, Belgian yeast strains often work best at normal ambient household temperatures (70-74°), so there is no need for a precise temperature controlled fermentation chamber (the Saison Du Pont strain is known for working well into the low to mid 90s).

Lastly, Belgian style beers often can accommodate adjuncts that most other beers do not: fruits like cranberries, cherries, and pomegranates, sugars to add complex aromas, lighten body, and boost the final ABV, and other non-traditional brewing grains like corn, oats, and rye.

As a homebrewer and a craft beer enthusiast, I often find myself gravitating towards Belgian style beers because they offer so much in terms of flavor profile, drinkability, and complex flavors and aromas.

I have brewed a number of Belgian styles: a Fruity Pebbles Wit, a Christmas Wit brewed with cranberries, a traditional Dubbel and Tripel, a Dark Strong/Quad, and a Saison. Despite being well versed in brewing Belgian style beers, there was one final barrier I wanted to breach that is often actively avoided by most homebrewers: brewing with wild yeast.

Brettanomyces is often regarded as a leper in the homebrewing community: you actively fight against it with rigorous cleaning and sanitation practices. To be sure, Brett is a wild yeast that can give many beer styles undesirable off flavors and aromas.

However, Belgian brewers have longed used wild yeast and bacteria as a method for creating wonderful beers that are highly sought after (Cantillon and 3 Fonteinen are two of the more prominent breweries that use spontaneous fermentation in their beers to create a mixture of sour and funky flavor and aroma profiles).

The moral of the story is this: DO NOT FEAR BRETT! If you’re willing to be patient, you will be heavily rewarded with a complex beer that will change as it ages.

3 Must-Know Tips to Brewing with Brettanomyces While Brettanomyces should not be feared in a homebrewing (or commercial) setting, a healthy respect and understanding of it, results in successful usage without spoiling your clean homebrews. Having that in mind, make sure to follow a few simple rules when brewing with Brettanomyces.

A common misconception amongst homebrewers is that if you want to successfully use Brett in a homebrew setting, you need two separate sets of everything (mash tun, chillers, carboys/fermentation buckets, etc). You don’t need to buy a complete new set of homebrew equipment – that would be too cost prohibitive and overkill.

I buy separate ⅜” tubing and auto-siphon for all of my Brett beers, mainly because of the difficulty in successfully cleaning out tubing of all prior gunk. Scrubbing the inside of tubing works, but it also can create micro-scratches where microbes can hide from sanitizing solutions. I have moved away from using plastic fermentation buckets (I exclusively ferment and secondary in glass carboys – just a personal preference), but if you don’t like using glass carboys, buy a second fermentation bucket.

Airlocks and stoppers should also be dedicated to Brett fermentation (they are relatively inexpensive). If you plan on kegging your beer and force carbing, then I suggest dedicating a keg to Brett beers and dedicate separate keg lines and faucets as well.

I feel like I am beating a dead horse, but it is unreal how many homebrewers don’t clean and sanitize properly. If you want to venture into using Brett, this will be extremely important.

For my glass carboys, I wash out with soap and water, then follow up with a soaking of bleach, then followed by PBW. On brew day, rinse out your carboy, wash again with soap and water, and use whatever choice of sanitizer you prefer according to the manufacturers instructions. I have used StarSan and never experienced an issue, but I know Iodophor works equally well.

When brewing with wild yeast and bacteria, it is imperative that you exercise patience. The longer the wild yeast or bacteria have to work, the greater their effect on the final product. Brett beers can be in primary and secondary for periods of longer than 6-9 months.

Here’s all the ingredients you will need to brew this saison with Brettanomyces.

Now that you have all the ingredients you need, let’s start brewing.

Create a 1.25L starter with the two vials of yeast. I calculated the starter to underpitch slighly, in order to help stress the yeast to create higher level of phenolics desired for this style. Make the starter 24 hours prior to brew day and keep at room temperature.

— This features a 5 step mash procedure that may be unsuitable for an 10 gallon Igloo cooler (I use a 15 gallon SS pot with a false bottom as a mash/Lauren tun). The idea is to create as many fermentable sugars as possible, while leaving some longer dextrins behind for the Brett to consume. If you can’t conduct a temperature mash, a single infusion mash at 148-152°F for 60 minutes would suffice.

Let the beer stay in the primary fermentation vessel for a period of 60 days. If you have a fermentation chamber, start at 70°F and increase 1 degree F per day until 80°F is reached. After day 10, bring the temperature back down to 72° and let beer remain until the 60 days is complete. Do not worry about yeast autolysis because Brettanomyces will eat dead yeast cells. You will see an interesting growth of white bubbles form along the surface of the beer, which is the Brett pellicle forming. This is completely normal and may or may not fade with time. Transfer to secondary after 60 days and remain in secondary for approximately 7 days.

Either bottle or keg to approximately 2.9 vols of pressure. Let it carb for approximately two-three weeks and enjoy! If you are bottling, take 4-6 bottles and keep them in a hidden place. Track how the Brett changes the flavor and aroma profile of the beer every two months.

I regularly write articles and how-to guides for the home brewing community. I am the current President of The Zymurgists of the Ozarks Homebrewing Society (Homebrew ZOO) and am working towards gaining my BJCP certification (Beer Judge Certification Program). I have been brewing up pints of deliciousness since 2009. 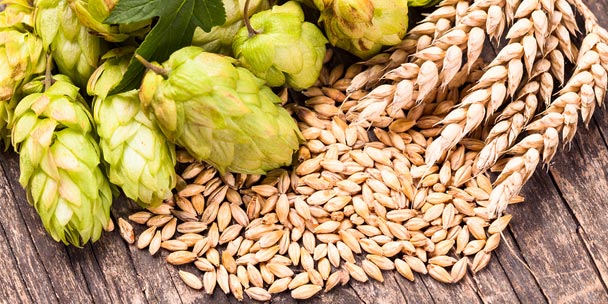 By Keith Bachman
2 Comments
#beer recipe#brettanomyces#homebrew#homebrewing#how to brew beer#howto
Beer EducationBeer InfoBeer RecipesHomebrewing
Certain content that appears on this site comes from Amazon Services LLC. This content is provided 'as is' and is subject to change or removal at any time.