What’s in a name? All kinds of associations if you happen to be discussing a teenaged hop variety named El Dorado. It’s a good fit; that name.

El Dorado, in different times, was a gold dusted king, a jeweled city paved with gold, then a whole empire, wealthy beyond imagining. Many searched for the fable. Edger Alan Poe even wrote a poem devoted to a “gallant knight” in search of the golden one. Much hunting never turned the myth of El Dorado into a reality.

That is, perhaps, until now; at least, where the brew pot is concerned anyway.

El Dorado was created at CLS Farms in the Moxee Valley, Washington. Most sources say it was developed in 2008, and released in 2010. Was it actually developed in only two years? Now that would be mythic by hop breeding standards; where it usually takes 10 to 14 years for a new hop to come to commercial use. So, was it? We’ll have to wait for more breeding information to be released by CLS Farms to know any of the specifics.

However, there are some hints as to El Dorado’s parentage and how it was created. According to this short piece from Purity Brewing, Eric Demarais, owner of CLS farms and fourth generation hop grower, told Purity brewing, the great grandfather to El Dorado was a native wild hop found in Colorado.

Further hints come on page 74 of Stan Hieronymus’s book For the Love of Hops. Demarais has always collected open pollinated hop varieties. He hired someone to cross some of these open pollinated plants and, ultimately, came away with El Dorado. In the book, Demarais hints at giving full pedigree details at some point, but ends merely piquing the curiosity by saying, “It’s completely different.”

It’s interesting to wonder if this first success with wild hops may have spurred Demarais’s 2007 partnership with the plant researcher Todd Bates. This relationship ultimate produced the Medusa variety for CLS Farms, another hop with a wild pedigree.

So, does this hop bare any resemblance to the myth it’s named for? Maybe some; it is mysterious and for many brewers, it is a king among hops. But, what of the gold? You need only look inside. Just as the streets of the imagined mythic city ran with the yellow stuff, lupulin within the cone pulses a deep golden.

How to Brew Beer With El Dorado Hops

Unfortunately, the El Dorado hop variety is owned by CLS Farms and rhizomes are not available to the homebrewer / gardener.

If you plan on growing hops in your backyard, it would be wise to talk to other hop farmers in your area or your local homebrew supply store. They will be able to tell you which varieties grow well in your area. Unfortunately, El Dorado will not be an option for you at this time.

El Dorado has intense aromas of stone fruit, especially cherry and apricot. Other fruit aromas may include pear, a zest of citrus, and watermelon; possibly bold enough to seem candied like lifesavers or starburst.

Spicy notes are resigned, playing second fiddle to the fruit, but may have a background whisper of grass, wood, and mint.

It’s very likely your local homebrew supply will carry the El Dorado variety. However, it’s always a good idea to give them a call first. If they don’t maybe you can put in a request, but don’t worry about not being able to get your hands on it.

Due to El Dorado’s extreme popularity it is easily available through many brewing retailers online, including on Amazon Prime. You will have the option to buy the hop in many forms, including pellets, whole cones and hop hash. A few online retailers even sell El Dorado as steam distilled extract.

El Dorado is a dual purpose hop. It can be used for bittering, flavor/aroma, and dry-hopping.

When bittering with El Dorado expect a firm, yet subtly balancing bitterness. It will not overwhelm. Some have described it as a rind-like drying bitterness. With its reserved bitterness, it seems well-suited for use in Lagers, Blondes, even cream ales; but its alpha-acid is substantial enough to play a single-hopped tune in an American IPA geared more toward flavors than bracing bitterness.

Used later in the boil, where less of its high Mercyene and Cohumuline content gets boiled away, it will produce fruity flavors and aromas ranging through apricot, peach, and cherry; along with a pithy draw of citrus and some grassy undertones. This would be a good hop to pair with other fruit-centric hops, or leave it to the flavor/aroma work, and pair it with a hop with bolder bitterness.

Dry-hopping with El Dorado will no doubt increase the fruity aromas turning them candied and intense.

To help you gain a better idea of this hop’s aroma and flavor I would recommend you sample as many of the beers listed below as possible. This, ummm… research will deepen your understanding of how El Dorado works in different beer styles and give you a better idea of how to use it in your own homebrewing. 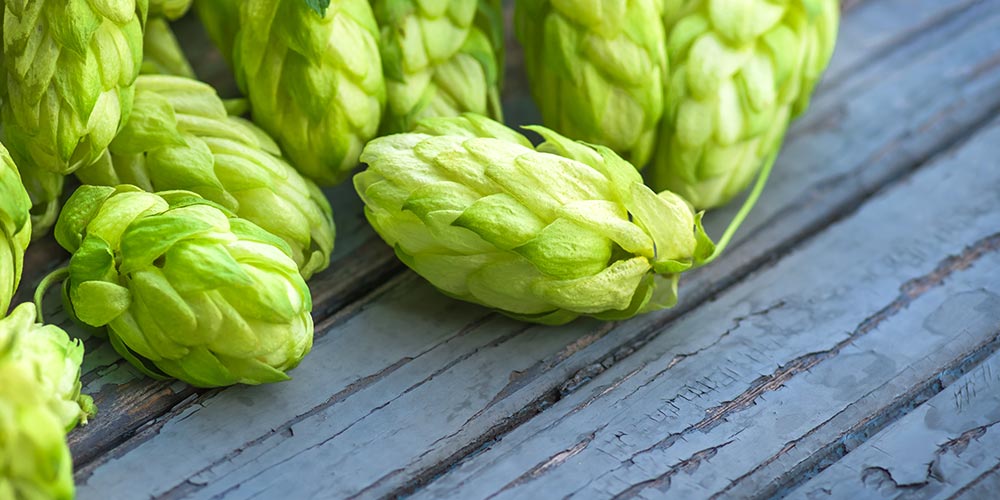 By Nick Carr
2 Comments
#beer ingredients#brewing#el dorado#homebrewing#hop profile#hops
HomebrewingHop ProfilesHow To Brew (And Other Tips)
Certain content that appears on this site comes from Amazon Services LLC. This content is provided 'as is' and is subject to change or removal at any time.