As I’ve said in some other reviews; a real draw for me, when it comes to picking a new beer, is the name. A witty, imaginative name sells a beer. It’s like a grabby title on a book. You know the old saying “don’t judge a book by its cover” but, come on, we all do it to some level and for beer we even have less to judge on.

It’s not like we can crack open a bottle and taste the “table of contents” while we’re in the store. We, as consumers, must make our decisions based solely on the cover; our knowledge of the brewery, the name, the artwork, and any descriptions or witty comments the brewers decide to grace their chosen packaging with.

Given two beers of the same style; one with only the style listed as the name, such as “Amber Ale,” and the other with a more inspired name, I will invariably chose the latter. Enter Kilt Lifter from Four Peaks Brewery in Arizona.

The Four Peaks Brewery is housed in a former creamery. The building was originally constructed in 1892 and has the feel of an old world brewery/pub. Jim Scussel and his business partners first opened in 1996 and then expanded to a second location in Scottsdale in 2003.

“A bit of sweet, a hint of smoke – any palate would gladly greet.”

As the business took off Jim found he was fast approaching the capacity limit under his current Arizona State brewing license. He faced a tough decision; get a different license that would offer higher capacities but limit distribution and require shutting down the second location, or taper his production and quit growing his business.

Not liking either of these options Jim took a different tac and worked with the Arizona Licensed Beverage Association to change the legislation limiting brewing capacity.

Kilt Lifter is Four Peaks Brewery’s flagship ale (actually the first brewery I’ve come across that has a Scottish Style as their flagship offering), and has won multiple awards in the Great American Beer Festival, across multiple years (the first time in 1998 and most recently 2013). This style denotes minimal hopping in the realm of 29 to 35 IBU’s. This rendition stays a little under with an IBU rating of only 21.

Kilt Lifter pours a deep amber-orange with a fast rising compact head. The foam drops away at an unhurried rate leaving some nice, uniform lacing as evidence of the once standing two fingers of foam. Mine started out a little too cold and I couldn’t make out much of an aroma, but with a little warming, the beer showed its true scotch character with the aroma of heavy malt unabashedly shining. I pick up a delicate sweetness, along with the smell of toast and bread. A hint of roasted caramel rounds out these robust malt aromas.

My first sip shows the truth of what was heralded in the aroma. Sweet malt mellowed, ever-so-slightly, by just the barest presence of bitterness and a wisp of smoke. Malt should be the main player in this style of beer and this one holds pleasantly, but not overwhelmingly to these guidelines. The malt could easily overplay its hand, being too sweet and too forward on the palate, without striking that needed balance. The thing of it is, if done correctly, bitterness (which is the other side of the balancing act) may not even be perceptible.

The mouthfeel is nicely medium with a viscous heaviness that holds and drapes the tastes across the palate, while the 6% ABV does a nice job of gently warming without being obnoxious about it. It is pleasantly smooth and though its designation as a Scottish Heavy may throw some drinkers, it does not sit heavy like some other dark robust beers.

There is very little aftertaste to this beer, surprisingly the sweetness, so noticeable in the front and middle of the taste, does not stick around to over stay its welcome. Only a slightly mouthcoating astringency is left to mark the passing of liquid over palate.

This is a good beer and good representative of the Scottish ale style. It is very smooth and easy drinking, despite its high alcohol content, equally drinkable on a cool fall evening or a relaxing summer night. This beer would be right at home with a menu of duck or any smoked meat.

I probably wouldn’t have picked up Kilt Lifter if not for its colorful label and name, and would have missed out on a good beer; makes me wonder how many great beers get passed by because their “covers” are uninspired. It’s something for both brewers and consumers to think about. 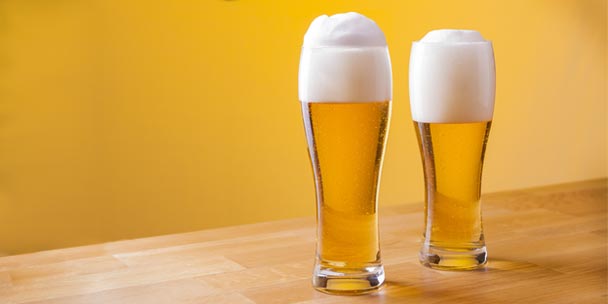 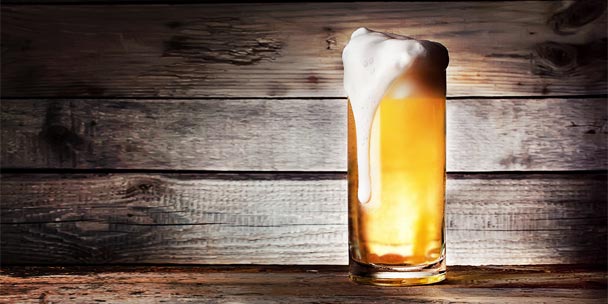