Most craft brew drinkers are quite familiar with the hefeweizen style of beers, the south German style of wheat beer that is unfiltered and quite popular in the warm summer months. However, the style has a sibling that is not as well known, even in the craft brew circles. The dunkelweizen style is not seen often, with only roughly one dunkelweizen brewed for every five hefeweizens. Dunkelweizens are generally darker and maltier, and make for a beer more suited for the spring and fall.

The majority of dunkelweizens are brewed in Germany, although some American breweries are discovering the style and putting their own twists on it. One such brewery is Perennial Artisan Ales of Missouri, with their Black Walnut Dunkelweizen, a take on the style utilizing locally grown walnuts to provide extra intricacy to the brew.

The bottle is simple and assuming, a brown label with a stylized walnut on it. They aren’t trying to tease you in with flashy marketing. Pour it out into a stein or a Weizen glass, and you’ll see it is a deep amber brown, with a small light tan head that doesn’t leave much in the way of lacing on the way down. A good pour gives off an earthy aroma of roasted malts, roasted walnuts, and a touch of vanilla. Where a hefeweizen has hefty clove and banana aromas, the cloves are barely detectable in the Black Walnut Dunkelweizen while the banana aroma is not even there. There is a slight note of yeast that is to be expected from the style.

The flavor goes along with the aroma, with the roasted malts being at the forefront, followed closely by walnuts. A bunch of other tastes are in play, including vanilla, brown sugar and caramel. There is a surprising burst of dark fruits in there, and it is wrapped up with a bit of yeast on the back end.

The Black Walnut Dunkelweizen has a solid, medium body, but will not fill you up quickly. The carbonation is moderate, providing enough of a kick. This creates a smooth, creamy texture that goes down easily. The finish of the beer is a bit sweet, not too dry, and leaves a pleasant aftertaste that lingers just long enough.

Overall, this beer is incredibly drinkable, with a reasonable alcohol by volume that makes having a few pints or bottles of it in one sitting a possibility. It does venture close to the brown ale boundaries, and some parts of the taste – especially the nutty sweetness – are definitely more like a brown ale than a dunkelweizen.

In a city known for being the home of one of the largest breweries in the world, Perennial Artisan Ales has gone the complete opposite direction. An unassuming brewery that mainly produces experimental, small batch beers, they love to use local, organic ingredients to add twists to traditional styles. In the past, this has included peaches, strawberries and rhubarb. They also experiment with barrel aging quite a bit.

This experimental nature has lead to them winning a handful of medals at the Great American Beer Festival, including a silver medal for their Barrel-Aged Sump Coffee Stout, using coffee from a local roaster, as well as a silver medal for their Heart of Gold wheat wine, a wheat ale similar to barleywine. Not bad, considering the brewery has only been around for three years. One reason for Perennial getting up and moving so fast is the solid background of its brewer. Brewmaster Phil Wymore started out at Goose Island as the Cellar Manager, where he managed the barrel aging program for the brewery – hence the affinity for barrel-aged beers at Perennial. From there, he went on to become the Head Brewer at Half Acre before deciding to move to St. Louis and open up his own brewery smack dab in Budweiser’s back yard.

Black Walnut Dunkelweizen and other Perennial beers are available on a limited basis, so make sure to snatch one up if your see them. Their taproom is open limited hours Wednesday through Saturday, so if you want to taste some from the source, make sure to plan ahead. 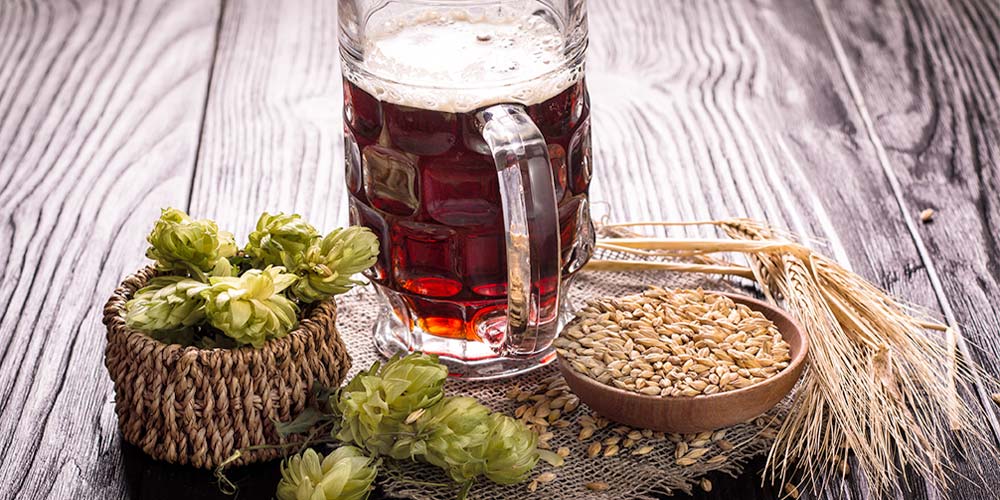