IPA’s are still one of the most popular, if not the most popular, craft beer style in America. Proof of this can easily be seen in the Beer Judges Certification Program (BJCP) writing in 6 new specialty IPA styles in their 2015 guideline revisions.

I’m not sure I completely agree with all the changes because in most cases, all these specialty IPAs are really just hoppier versions of another style. In many cases the BJCP could just have as easily upped the allowed hops and alcohol levels in a “American Brown,” “American Stout,” etc. and gotten away with not creating a whole new subcategory. But instead, these married styles broke free, became distinct and separate, all for the sake of popularity.

Brewers, American brewers in particular, still often play outside even these newly erected lines. Stone Brewing is no different, and their Mocha IPA is definitely a Specialty IPA playing outside any of the defined playgrounds… no “Coffee IPA” category to stick it in. At least not yet. I love my morning coffee. I’m not one of those coffee fanatics that drink it all day long, or really need it even for that matter, but I do like a good coffee in the morning.

I also like coffee, when added judiciously to beer. Usually it’s darker beer; stouts, porters… sometimes I’ll even find an amber. I’ve never had the chance to try any of them but, coffee has even found its way into some commercially available lighter styles.

Coffee IPAs really aren’t that new, with breweries like Flying Fish and Rogue playing the dark and bitter card. There’s even Chocolate IPAs out there; Thomas Creek Chocolate Orange comes to mind. But to my knowledge, and absolutely leave a comment if you know of others, this is the first commercial IPA combining both chocolate and coffee.

I know what you’re thinking because I was thinking the exact same thing in the grocery store when I saw this lonely sixpack. That’s right there was only one in the store. Maybe a mistake. One lone sixer mistakenly added to the shipment. Maybe it was a scout.

Either way, I had to pause when I read it. Coffee and chocolate and hops! That seemed a little incongruous. But I was intrigued too, so with a little trepidation and a lot of excitement, I picked it up and left the store with something new.

Stone’s take on this specialty was first brewed in 2015 to celebrate the second anniversary of Stone’s World Bistro & Gardens. This is not Stone’s first attempt at a coffee IPA. Some may remember their collaboration with Aleman and Two Brothers; Dayman Coffee IPA. It was actually this beer, along with the Coffee/Cocoa Imperial Stout from their Stochasticity Project that bred the first tendrils of the idea that would ultimately become the Mocha IPA.

The beer was such a hit when it was first released that whispers of putting it in the yearly lineup passed and spread. So, no doubt with much anticipation it made its yearly seasonal debut in June. Time to find out if trepidation or excitement win the day. Below are the tasting notes I took while drinking Mocha IPA. If you tasted this beer or have one sitting in front of you as you read his, please share your thoughts, opinions and review with everyone down in the comments below.

Gathers in the glass with a sort of orange-amber, brassy highlights. Head is thick but minimal at about a half-finger, small bubbled and dirty ivory in color. It falls to a nice full-covering crown. Clarity is good.

Aroma brings the light bitterness of coffee first. There’s some chocolatiness in there, but it could easily slip past under the bright coffee. Following is the somewhat sedate citrus and pine of hops.

Body is medium-full. Nice smoothness across the palate, medium carbonation carries it well. Back end and finish is bitter, leaning more toward dry then sweet. Some alcohol warmth.

Malty sweet at the front with nice chocolate overtones. Coffee pops next. Not too strong, but it remains a part of the flavor for the rest of the journey. It gets its Double IPA legs through the middle; citrus and pine -more citrus- along with a nice lasting bitterness. Balanced all the way through, it’s quite interesting how well all the parts work together. Some warmth on the finish and the aftertaste is long on dank bitterness, light malt sweetness, and hints of coffee.

Mocha IPA was a surprisingly good beer. I had my doubts going in, I mean coffee, chocolate, and loads of hops, who really thinks that’s gonna be a good beer. Well, it is. It should especially appeal to those hop heads looking for some other flavors beyond just the normal bitterness and hoppiness of an IPA.

It’s a specialty beer packing a lot of character together and so it isn’t cheap. The sixpack ran me about 15 bucks, but it’s worth the experience. 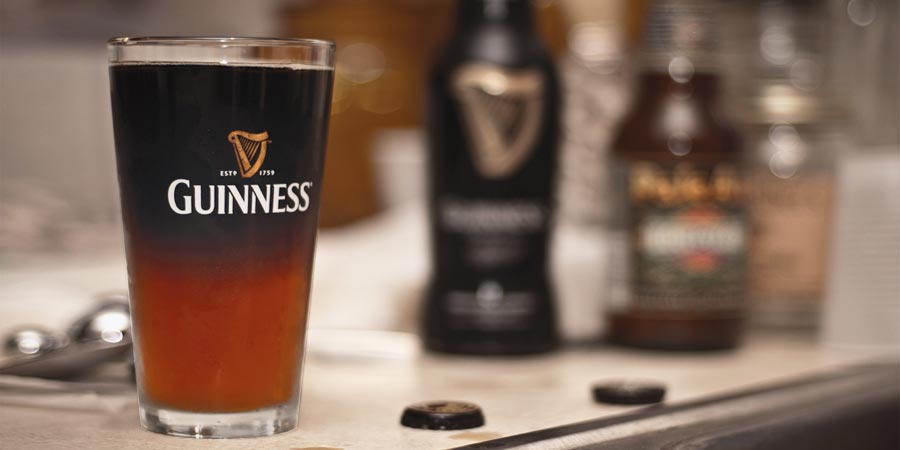