Oh, the oatmeal stout. Smooth balm to a soul lanced through by winter’s chill, hearty companion to those seeking restorative measure on the bridge to spring.

I’ve always had a secret admiration for the oatmeal stout. It’s the stout caught between, the crossover stout, the bridge between the other stout styles. It isn’t as bitter as the American and not as hot as the Imperial, dry as the Irish, or sweet as the Milk stout.

Upslope brewing is a company just north of me, up in Colorado, but their beer has mostly remained off my radar. Sure I’d see it once-in-a-while in the store, but it was more a short lived blip on my screen than a something screaming to be tried. That is, until I saw this winter seasonal. Oatmeal stout lights my radar like fireworks lighting a warm summer sky on the 4th of July, curiosity sirens wale, and before I can vocally give the order my hand has launched a retrieval mission. And here I am reviewing

The company was founded in 2008 when Matt Cutter, an industrious homebrewer with a dream, met Dany Pages, a brewer who owned a brewery in Argentina. Lucky for Matt, a girl brought Dany to Boulder where he was immediately recruited. Upslope was born.

The first year brought rough waters. The brewery kickoff was right in the middle of a hop crisis and, being new to the game, Upslope had no pull or supply contracts with hop distributors. They couldn’t get hops. So, crisis mode in full swing, they turned to more unconventional supply channels and contacted Dany’s old brewery in Argentina. The South American brewery came to the rescue, sending enough Cascade hops to seed production. Though they didn’t know it at the time, the Patagonia Cascades, with their slightly more earthy and spicy qualities would become a selling point for their pale ale and IPA. They continue to use these same hops in these flagship beers.

The brewery now has two locations, each with its own taproom. Today, the original brewery is the “mad scientist den,” where experimentation, barrel aging, and collaborations occur. While the second location takes care of most of the commercial beer output. Upslope works hard to be a beer company for the outdoor enthusiasts. They only can their beer, which makes the beer more portable, but also is a big part in the brewery’s sustainability practices. The can designs are simple and inviting with a mountainous backdrop to the “upslope” logo. The name Upslope is a reference to a weather pattern where fast moving storms bunch up against the front range mountains in Colorado.

Below are the tasting notes I took while drinking Upslope’s Oatmeal Stout. If you tasted this beer, please share your thoughts with me in the comments below.

This guy pours like substantial dusky darkness, landing opaque and mysterious in the glass. A nice dark mocha head climbs to two fingers before slowly dropping back to a thin liquid-hugging layer.

Strong scent of roasted malts are first to greet the nose. Notes of cocoa powder and low whispers of coffee accompany the roast. Some slight caramel sweetness and a shadowy whisper of earth and dark fruit round it out.

It has a thick full body with a smooth creamy mouthfeel. Carbonation is low allowing the body to sit, weighted and smooth on the palate.

Taste is mild but complex on all fronts. It’s Semisweet at the front before transitioning mid-palate to a mix of slightly bittering roastiness and coffee. Powdered chocolate drifts through the bank of roast and coffee along with hints of prunes and other dark dry fruit. Low bittering in the semi-dry finish. The aftertaste remains slightly bitter, with wiffs of chocolate.

This beer is a delicious authentic take on the oatmeal stout style. It is nicely balanced and brings enough complexity to match a dark winter’s night; but it’s slightly drying finish and only semisweet belly allows it to be refreshing at the same time. Its full voluminous body but low ABV allows it to be a great bridge for that transitional time between the ending cold and beginning warmth. 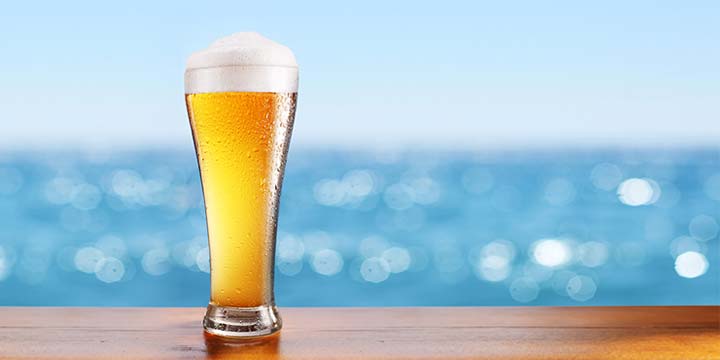