Barleywine has always been one to stand out from the ever-growing style crowd. It holds itself aloof in its boldness. It smiles a little condescendingly down at other styles, for only a rare few styles can approach the same rich vein of complexity, can mine the same nuances that come with giving it a little age.

But, unknown to this bruiser, or perhaps ignored in its haughty sensibilities, is a cousin; a brighter, less moody relation, but one that can still offer much of the same richness as barleywine. It certainly isn’t as well-known in the craft beer world, though it is starting to gain more and more attention.

Of course, I’m talking about wheatwine. Though, wheat as a brewing grain stretches far back into beer’s shadow-shrouded past, this particular style isn’t old at all. Like many other American styles that have made the scene in just the last couple decades, wheatwine finds its origins in the beginnings of the American craft beer movement.

The Origin Story of Wheatwine

The accepted story of wheatwine’s emergence begins in California, a year or two before 1987. And, it’s all because of a simple mistake.

Phil Moeller and a friend got together to brew a batch of barleywine. In the process of adding the grain, a miscalculation, or perhaps a simple slip-up, occurred and too much wheat went in. Like any good homebrewer would do, the two pushed onward determined to see where this error would lead.

They let it ferment out, and with a mixture of excitement and trepidation, they poured a glass and drank…. It was in that precise moment, they realized they had mistakenly made something worthy.

In 1987, Phil Moeller became the first brewmaster for the newly-opened Rubicon Brewery in Sacramento, California. In the fall of 1988, the cooling air, likely brought thoughts of that brewing mistake and the warming, lovely brew that resulted. Moeller decided it was time to bring the secret seductress to the rest of the world. The beer was rich, deep, and complex, yet it hid its intentions well with a slightly lighter mouthfeel and only whispered notes of alcohol.

Rubicon’s Winter Wheat Wine was the first commercial example of the wheatwine style. It was popular as a tap release at the brewery throughout the 1990s.

The 2000s brought further recognition in the form of competition medals. It won a gold medal in the Great American Beer Festival (GABF) in 2006, and would go on to when a silver in 2009.

In 2008, it was recognized at the World Beer Cup with a gold medal. Even as late as 2016, it continued to be a contender, when a 2007 vintage won bronze in the “aged beer” category of the GABF. Winter Wheat Wine remained the quintessential example of the style, until the brewery closed its doors in 2017.

Though the original wheatwine is, sadly, no longer available, it did inspire other breweries to give the style a try. Many of these are still available today.

Marin Brewing was directly inspired by a sampling of Rubicon’s Winter Wheat Wine and tinkered around with the style until they released Star Brew, a “triple wheat ale” in 1994. Two Brothers Brewing has been making their version, Bare Tree, as a seasonal since 2000, while Smuttynose Brewing got into the act with their own seasonal, Wheat Wine Ale, in 2005.

The guidelines for the Wheatwine style are set by the Beer Judge Certification Program (BJCP) Style Committee. The below details are a summary of what you should expect from drinking this type of beer.

The BJCP classifies the Wheatwine style under category number 22, “Strong American Ale” and it can be found in the guidelines as sub-category (22D).

The color of a wheatwine can range from gold to a rich amber, often accompanied by reddish highlights. May have some chill haze, but should dissipate as the beer warms.

A creamy, off-white head of low-to-medium height and good retention should form. Swirling a wheatwine in the glass will often result in “legs’ due to the high alcohol content.

Malt character presents as moderate to somewhat strong, showing a profile of bread, often with subtle notes of caramel and honey. Hop profile can be made up of just about any late hop character, but will be relatively mild in its presentation.

Minimal levels of diacetyl are okay, but never a requirement. Some low, clean, alcohol aromas and low to moderate fruity notes are possible. However, any banana or clove aromas of Wiezen yeast are not appropriate to this style.

Moderately full to full-bodied, creating a chewy and luscious experience on the palate. Low to medium alcohol warming and carbonation adds to the sensation of smoothness. Malt flavors dominate, showing a medium to medium-high wheaty backbone. Low to moderate notes of bread, toast, honey, or caramel can add complexity, though they are not required. Hop bitterness can range from low to medium. The flavor of hops can have the characteristics of any variety, but presents at only the low to medium range.

This style can be either balanced or slightly malt forward. Fruitiness can be medium to medium-high, and frequently has the character of dried fruits.

Overall, it should not be too sweet, syrup-like, or under-attenuated. Some light alcohol notes can bring warmth and add complexity, but should remain clean and smooth across the palate. Oxidative and vinous flavors can work, as long as they are not harsh. A bit of supportive oaky character can be quite enjoyable, but isn’t necessary for the style.

When pairing wheatwine, it’s best to think of it as a less malty barleywine. It will work with a lot of the same foods as its moodier cousin.

With its smooth mouthfeel and alcohol richness, a wheatwine has enough presence to accompany most meat dishes. Think grilled and roasted game meats, like venison and boar; duck or pheasant; and sausages of any kind. It will also work well with shellfish. Because it has a bit of a sweet side, this type of beer will help cut spicier cuisine like Asian, Jamaican, Mexican, or just about anything with some heat to it.

Most of the same cheeses that play well with Barleywine, will have the same affinity for wheatwine. Pungent cheeses such as blue, Limburger, or Munster will pair quite nicely. You could also go with cheeses, like Feta or Manchego.

Desserts are a great place to bring a wheatwine. Its malty backbone along with fruity notes, sometimes touched with citrus, plays well with fruity desserts and those with a light caramel element. Some good options include caramel popcorn, warm fruit cobbler, caramel topped plain cheesecake, or even fruit sorbet.

For best presentation and greatest appreciation, a Wheatwine should be served at around 55-60°F in a snifter glass. They are best stored at cellar temperatures away from light and can age for years, mellowing and becoming more complex with time.

Other Popular Wheatwine To Taste 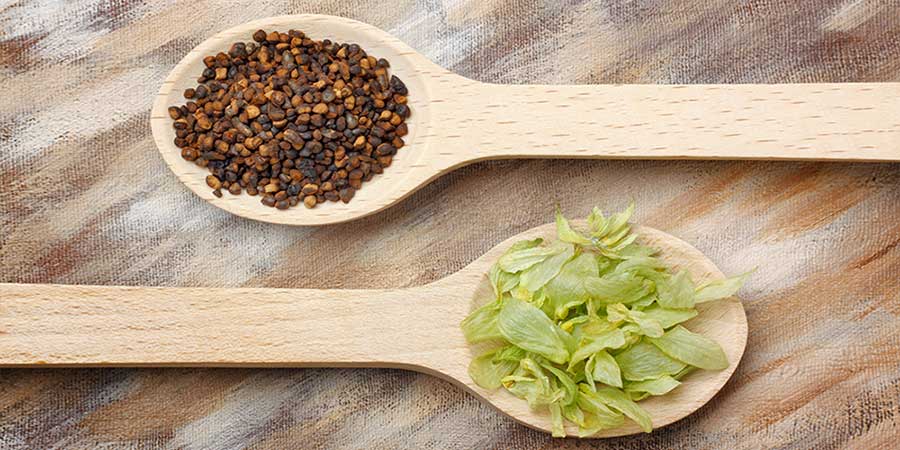 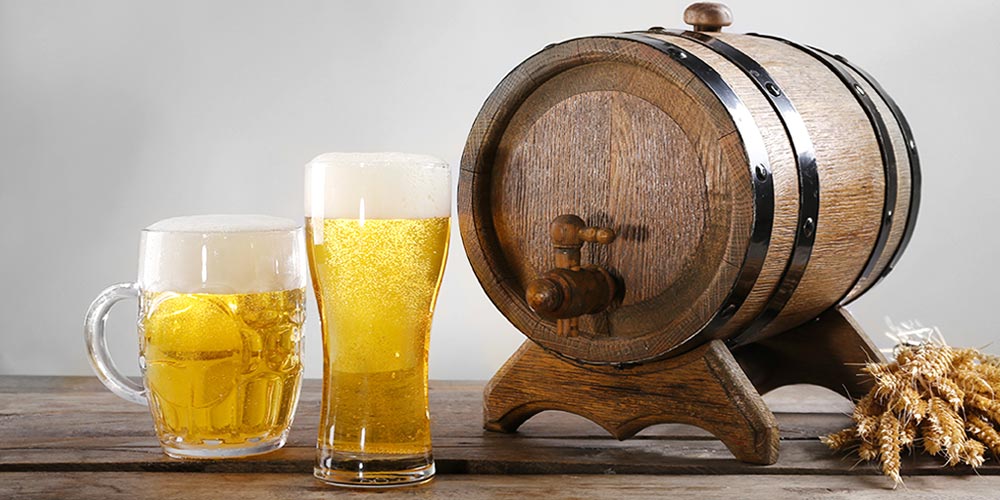 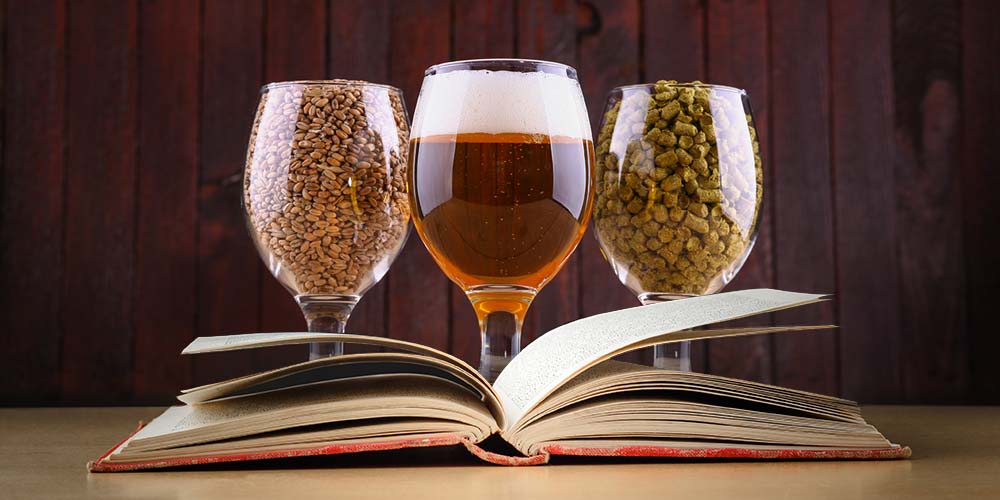