In the spirit of the season, every year on Halloween, we like to offer up a list of our favorite “Halloween Beers.” This year, we went with the scary theme. So, whether you are out trick or treating, handing out candy at home, or just being “that guy” that turns their porch light off, here are 20 scary beers that you should drink on Halloween.

Where else to start but with an ale named for the season? Gritty Mcduff’s has been brewing this beer since 1990. Over the years it has grown to be their most awaited seasonal.

This classic ESB brings the colors of the season to the glass and a full malt profile to the palate, with just enough hoppiness to keep the malt in check. It’s the perfect pairing for a crisp all-hallows-eve evening.

You need a special beer to accompany a quit evening on the porch, feet up, as you watch the dead rise again, be it in the form of hundreds of screaming neighborhood kids, or the real thing. Well here it is, an ale to give you the backbone to weather either occasion.

It brings a sweet richness of bready and caramel flavors flitting across the palate with just enough hop balance to keep the rising malt from completely overrunning and making zombies of your taste buds.

3. The Beast from Avery Brewing Company

Release the beast! This is only one of Avery’s three “Demons of Ale” and will truly send lesser men trembling in awe and fear at this palate busting (in a good way) beast. Dare you suffer its scourge and savagery?

Big as big can be, this Grand Cru is awash with complexities. Bringing the use of molasses, raisins, plums, dates, and rum to create a mouthfeel akin to robust thick wine. Think you can handle it? If you find yourself too scared to take the plunge don’t worry, the beast can remain caged and stored for a long, long time. Maybe next Halloween?

She may be a witch without a season but it stands to reason that this Black Wych is, of course, most comfortable around the witching days of Halloween. Her time is nigh. Don’t deny her the chance to celebrate.

Let her cast a dark spell of rich caramel sweetness, a pinch of robust roast, and just a stich of hoppy bitterness. It’s a spell that can’t be stopped and will pair wonderfully with all the chocolatey treats the kids bring home.

As the evening darkens on Halloween and the sky is thrown into a bright relief of oranges and reds you may begin to reflect, even brood, upon another October so quickly come to its end (I know I will). Fall is passing quickly by and winter lays cold and heavy somewhere in your mind. It’s time to drink a beer to match your mood.

Dark Penance will lighten dark moods and darken light moods; creating the Halloween mood. It brings a brash balancing act between heavy malt and overpowering hops to the palate. Which will win? It may all depend on your mood.

Didn’t get to celebrate Oktoberfest? Well, here’s another chance. Ballast Point’s Dead Ringer is a marzen wrapped in a theme perfect for Halloween. You can ring in Halloween, send a ringing echo back to Oktoberfest, ring October’s ending, and ring out the dead all in one smooth, sweet, and long note.

Dead ringer brings a wealth of toasted malt, rich caramel, and toffee sweetness to the palate with only subtle hints of hop bittering.

Reap the rewards of the Reaper this Halloween. As the darkness sneaks into the neighborhood and the Jacks begin to go a-lanterned you just might catch a shadow flicker across a grinning fired face. You might catch a brief flash of a sickled shape, carried high, as the moon slips a cloud and sends her pale light. You might reach down and take another swig of this beer in hopes the reaper will recognize his own.

Pale as death himself with a citrus bite, floral overtones (pretty as a daisy on a grave), and a nice dry hop finish you might wonder why the reaper doesn’t come around more often.

You can visit this Dark Hollow all year long, but might find it especially apt for the night when headless horsemen run amuck. So, come. Come to this darkness hollowed, in inky blackness waiting, for traveler to fall into its hidden depths.

Like a shooting star in the overhanging black vastness above, if you’re not looking for it, this Dark Star will wink out of existence for the year without you ever knowing it. An appropriate beer to celebrate a once-a-year night of cheer and scare.

Let the Dark Star come to earth in a blaze of roast, chocolate, and mild sweetness. Warmed in oaken wood to become vanilla touched and bourbon bent.

Like a Jekyll and Hyde act this beer transformed during its brewing. Meant to be a prim and proper Belgian Dubbel, the throws of creation changed it into a squat but stout Belgian Strong.

From the comical label -giving little warning to what is within-, to hints of coffee, and its fruity aroma, this beer, and your perception of it, will subtly change the deeper you delve.

There are plenty of tales out there about the gift of second sight. There are the Graeae “grey witches” of Greek mythology who shared one eye, the Halloween myth of putting rosemary under a pillow to dream of a future husband, and the Norse and Scottish myths of ravens having second sight. Well, raise a glass of beer named for these myths and ponder their implications.

Pouring the rich color of a garnet eye, Second sight will give you insight into its world of rich malt and full mouthfeel. You might even feel you know something others don’t after you finish this one.

A beer with an interesting name changing story –brought on by a trademark lawsuit- now with a label that pokes satirical fun at the whole experience. The label is just… well, awesome and makes the beer a “must have” on this list.

Fight your own monsters year round with this beer allegedly brewed with holy water. It brings big sweet malt along with the smokiness of a good bonfire.

Let an undead style be part of your Halloween celebrations. Grätzer is a Polish style of wheat beer that uses malted wheat kilned over oak wood. This gives the beer a very distinctive smoked character. Low in alcohol and very carbonated it is sometimes called “Polish Champagne.” It’s a style rarely seen and perfect for light celebration of other undead things.

This collaboration is easy drinking at only 4.5% but will give you bold smoky flavors perfect for a foggy pumpkin night. Let the undead sit with you awhile.

I can only hope that your Halloween calls for something this decadent. Like a ten foot tall Yeti standing outside your bedroom window, Big Gruesome won’t let you ignore him. And if you happen to be dipping into the treats with an eye for peanut butter cups, you’d better take this guy along for the ride. He loves peanut butter cups. Usually lagers are thought of as light, friendly, summery, daytime beers… this is not that beer. This is a lager that has been transformed into a big marauding beast. It prowls the streets of October looking for its next unsuspecting lager drinking victim.

This is a smooth sneaky imperial dark lager boasting dark roast malt and caramel, but also hiding a secret of oaky vanilla and bourbon from heavy-toast Kentucky bourbon barrels. Very limited. You may escape the massacre, but do you want to?

You open the fridge, look into the other room at your friends. Will they know? You reach in and pull out the beer. Your heart begins to thump, to loudly it seems within your chest. They will hear it, then they’ll know what you’re hiding. They’ll know you’re not sharing the IPA.

A beer to match your thumping heart on All Hallows Eve, this beer is named for Poe’s famous story. This IPA brings pine and citrus to a Halloween evening with enough bittering to keep any hop monster at bay.

And if not in the mood for an IPA check the rest of RavenBeer’s lineup, each is named for a Poe story and particularly suited to Halloween. The dead will rise at the sight of this light Halloween seasonal. Catawba Brewing has gone against the grain and made their October seasonal a style no one even remotely associates with any type of scary imagery, and that’s what makes the beer so perfect.

Your guests, including zombies, won’t know what to make of this fruity pale brew. Hints of coriander spice and light hopping will keep the guests guessing long enough for you to figure out which ones are Undead.

Upon the thirteenth hour she comes. She is an unexpected visitor searching those who are not drinking the darkness of the witching hour. Though her flights are year round, pay special attention upon your Halloween libations. You don’t want to be caught drinking something she disapproves of.

The Thirteenth Hour is a blended Belgian strong dark that matches the complexities of those things hidden within the night. Funk and fruit, bitter chocolate and coffee, oak and vanilla; all finds its place in this delightful witches brew.

It only seems appropriate to celebrate the start of Dia de los Muertos (Day of the Dead) with a beer named La Muerta. Dia delos Muertos is a Mexican holiday that starts on Halloween and ends on November 2. Three days to better enjoy this beer, celebrate those dear ones still living, and those that have passed on.

La Muerta is a lush imperial stout, bringing flavors of roast, chocolate, and hints of smoke. The taste just may wake the dead. If vampires were repelled by hops this is definitely the beer to be drinking this Halloween. Just think, you’re sitting on the porch, its dusk and the shadows are beginning to lay heavy across the street. Suddenly you see a shadowed movement flitting toward you. Before you can do anything to react the creature has your head tilted back, about to sink his teeth, then he sees what you’re drinking. He pauses, respectably pulls your chair back onto its four legs, and shakes your hand before dissolving back into the night.

Count Hopula brings hop boldness to the fore with enough Simcoe hops to stuff a scarecrow, shots of caramel and roast malt to give it some backbone. For those looking for something a little different but still Halloween themed this hard cider will give courage to any zombie hunter. It brings tart cherries, crisp cider, and smooth sweet honey together like the best Apocalyptic A-Team. Watch out you undead hordes the Zombie Killer is coming.

B. Nektar also has two other meads very much made for the Halloween season. Black Fang is mead made with blackberries, clove, and orange zest; and Necromangocon is made with mango and black pepper. Just in case you’re facing something other than zombies. 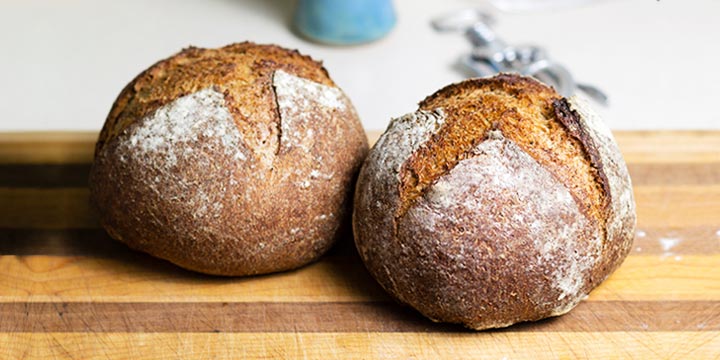